ELIZA lights up the W London with very special collaboration 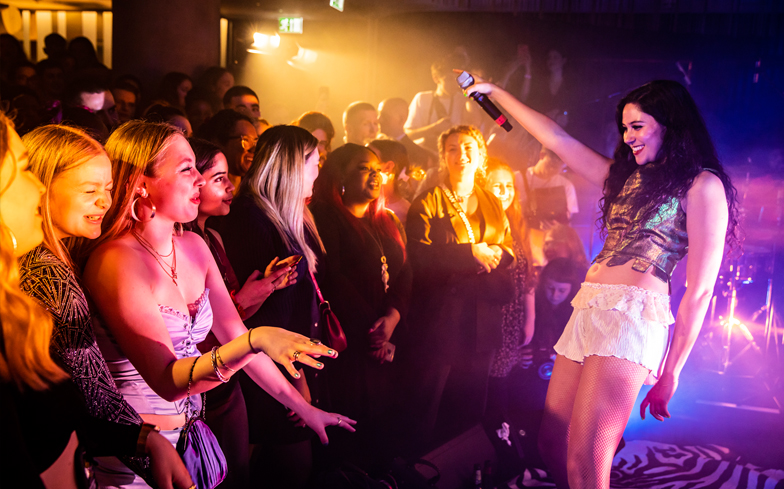 There were queues around the block at the W London in Leicester Square last week ahead of a very special performance from ELIZA.

The singer-songwriter – previously known as Eliza Doolittle – took to the stage in collaboration with set and lighting designer Patience Harding to give both a visual and audio spectacle.

As part of the hotel’s Future Rising global campaign in partnership with Mixcloud, ELIZA had hundreds packed into the venue captivated with new songs from her latest album A Real Romantic.

Backed by a drummer and a bass guitarist, the British star showcased her new sultry, R&B-infused sound that has connected with fans both old and new on her third studio album.

The crowd sang along to renditions of Wasn’t Looking and Alone & Afraid during the intimate set, which played out under W London’s incredible giant mirror ball. But it wasn’t just ELIZA’s performance that made the evening special.

Set and lighting designer Patience Harding had created a one-night only festival experience at the venue, incorporating colourful lighting and neon glows to give the night a disco twist.

W Hotels launched Future Rising as a cutting-edge platform to champion emerging talent across the globe, from both the music and visual art world.

This year the campaign kicked off in Paris before moving to Barcelona.

Following London’s successful event, it will move on to Amsterdam.