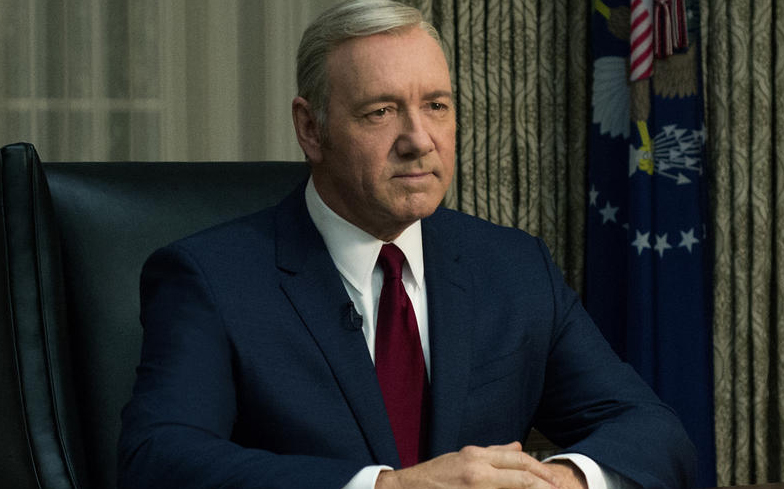 Earlier this week, Netflix and Media Rights Capital halted production on the sixth season of House of Cards as allegations of sexual assault piled up against Kevin Spacey.

It’s now come to light that the driving factor in suspending work on the political drama is because eight former and current crew members who worked on the show have come forward to accuse Spacey of sexual harassment. “I was in a state of shock,” the production assistant – who will remain anonymous – said.

“He was a man in a very powerful position on the show and I was someone very low on the totem pole and on the food chain there. I told him, ‘I don’t think I’m ok with this, I don’t think I’m comfortable with this’.”

The crew member added that the sexual assault came months after he complained to his superiors that Spacey was sexually harassing him.

“I have no doubt that this type of predatory behaviour was routine for him and that my experience was one of many and that Kevin had few if any qualms about exploiting his status and position,” he said.

“It was a toxic environment for young men who had to interact with him at all in the crew, cast, background actors.”

Responding to these latest allegations, a Netflix spokesperson said: “Netflix was just made aware of one incident, five years ago, that we were informed was resolved swiftly.

“On Tuesday, in collaboration with MRC, we suspended production, knowing that Kevin Spacey wasn’t scheduled to work until Wednesday. Netflix is not aware of any other incidents involving Kevin Spacey on-set.” MRC added: “We are deeply troubled to learn about these new allegations that are being made to the press concerning Kevin Spacey’s interaction with members of the crew of House of Cards.

“As the producer of the show, creating and maintaining a safe working environment for our cast and crew has always been our top priority.

“We have consistently reinforced the importance of employees reporting any incident without fear of retaliation and we have investigated and taken appropriate actions following any complaints.”

They continued: “For example, during our first year of production in 2012, someone on the crew shared a complaint about a specific remark and gesture made by Kevin Spacey.

“Immediate action was taken following our review of the situation and we are confident the issue was resolved promptly to the satisfaction of all involved.

“Mr. Spacey willingly participated in a training process and since that time MRC has not been made aware of any other complaints involving Mr. Spacey.”

These fresh allegations come days after actor Anthony Rapp claimed in an interview that Spacey made a “sexual advance” on him back in 1986, when he was just 14 years old and Spacey was 26. After Rapp came forward, it also encouraged filmmaker Tony Monatana to open up about his alleged altercation with Spacey in a bar back in 2003.

“I went up to order a drink and Kevin came up to me and put his arm around me,” Montana told Radar. “He was telling me to come with him, to leave the bar.

“He put his hand on my crotch forcefully and grabbed my whole package.”

Montana then claims that Spacey told him: “This designates ownership.”

The 58-year-old has been heavily criticised by the LGBT+ community for deciding to come out as gay as a way to deflect the allegations.

“May Anthony Rapp’s voice be the only one which is amplified here,” he added. “Victim’s voices are the ones that deserve to be heard.”