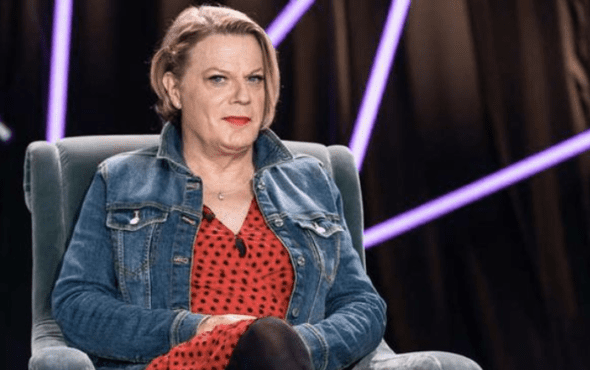 Eddie Izzard has credited Laverne Cox and Caitlyn Jenner for making it “easier” for her to come out as gender-fluid.

After opening up the conversation around gender identity once again, Izzard spoke on RunPod podcast about how she now feels more comfortable talking about transphobia and the stigma attached to non-binary individuals after seeing the likes of Laverne Cox and Caitlyn Jenner do the same.

During the podcast, the comedian explained how her opinions have evolved over time. “It was toxic back in ’85, if you’re old enough to remember back then. It was toxic in the 90s. Being transgender was never cool,” she began.

“The tipping point was 2014, when a number of things happened in America – from Caitlyn Jenner to Laverne Cox getting Woman Of The Year [from Glamour magazine] and Time magazine and Vanity Fair for Caitlyn Jenner and the series Transparent winning Golden Globes.

That caused this world tipping point. “America is such an engine. When things happen there, it pushes it out around the world. That helped us. The…movement, feeling, that’s been out there since. It made it easier for me.”

Late last month (December 2020), Izzard appeared on The Portrait Artist of the Year and requested to be referred to with “she” and “her” pronouns. The 58-year-old was widely praised for the request as she confirmed she was gender-fluid on the series.

“Well, I try to do things that I think are interesting, and this is the first programme I’ve asked if I can be she and her. The transition period.

“It feels great, because people just assume that … well, they just know me from before. I’m gender-fluid. I just want to be based in girl mode from now on. One life, live it well.”

In a entirely separate interview, the comedian and actor explained her justification to request the pronouns of the show.

“Why didn’t anyone pick up on it before? It’s whatever people want – if they call me she and her, that’s great – or he and him, I don’t mind. I prefer to be called Eddie, that covers everything.”

After coming out as gender-fluid, the star received some backlash which was heavily scrutinised. The anti-trans LGB alliance made a pointed and aggressive tweet to the star which aimed to conform her use of pronouns.

The outrageous tweet read: “Hi ⁦Izzard, happy holidays! Some of those who’ve always admired you are feeling rather let down by your announcement. We feel sure you didn’t mean to cause offence. We’d like to invite you to discuss it on a Zoom call. Please get in touch.”

Izzard, it seems, has ignored and chosen not to engage with the snarky remarks and has continued to use “she” and “her” as chosen pronouns. One Twitter user swiftly replied to the hateful tweet with an uplifting alternative.

The user’s tweet read: “What is wrong with you people? Eddie is an international treasure and she doesn’t owe you anything. Congrats Eddie, we love you.

For what it’s worth, you were one of the first people I ever saw absolutely smashing gender norms and it gave me hope. Now even more so.”