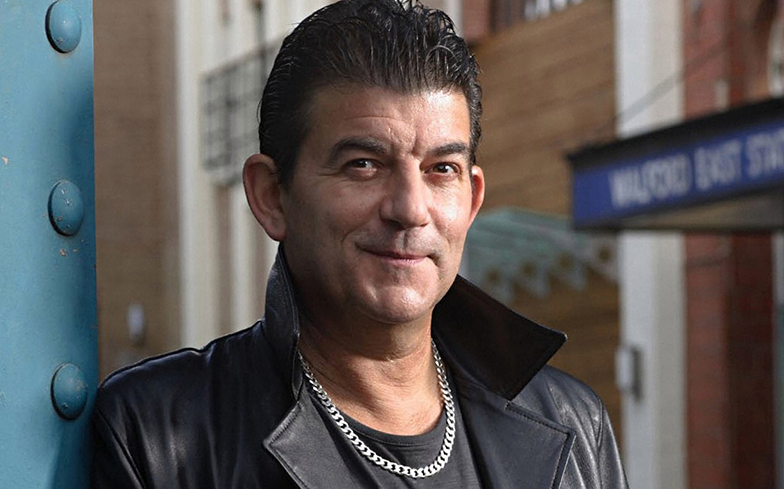 Nick is one of the long-running soap’s original characters, debuting in 1985 – the same year Eastenders premiered – before departing in 1991. The British actor continued to make sporadic appearances on the show from 1998 until 2015.

In an interview with Bang Showbiz, Altman said he left the series because he clashed with a producer on a proposed storyline.

“They tried to make Nick Cotton gay, it was years ago now. I went in there straight, and so did the other guy, Lofty, who was a bit of a loveable bozo in the early days,” he explained.

“Anyway, they suddenly decided that he weren’t gay, they were gonna make him gay, and I didn’t think that was a good idea as it would’ve changed Nick’s character completely, really.”

“So I went to the producer, I said, “I hear you’ve got this idea, but I don’t think it will work,”” and she said, “Well, I’ll write him out,” and I walked away. She was really harsh. But, I went back. I was just written out for that period.”

Altman said it would have been “fine” if he entered the show playing a gay character. “But to suddenly make the character… I dunno, to me, as an actor, it would’ve been wrong,” he continued further. “I don’t think the public would’ve wanted it either.”

The iconic villain was best-known for feuding with characters such as Phil Mitchell, Billy Mitchell, Mark Fowler, Kathy Beale, Den Watts and even his own mother Dot Cotton, who allowed him to die after experiencing a fatal reaction to heroin.

Eastenders is notable for making strides with LGBTQ representation in the UK. In 1987, the show featured its first ever gay kiss between Colin Russell and Barry Clark. Although it was just a peck on the forehead, it received backlash from viewers.

Two years later, the series aired its first mouth-to-mouth kiss between Russell and Guido Smith. Ever since, the show has introduced LGBTQ characters such as Christian Clarke, Ben Mitchell, Paul Coker, Irene Mills and Kyle Slater.

Recently, the show unveiled its first ever gay bar – called The Royal Albert – in order to reflect London’s diversity and made history with their first Muslim lesbian character, Iqra, played by actress Priya Davdra.

A prominent storyline for the show this year has been the romance between Ben and Calum – dubbed ‘Ballum’ by fans.

Related: Eastenders boss says the show is ‘trying to change homophobia in our society’.