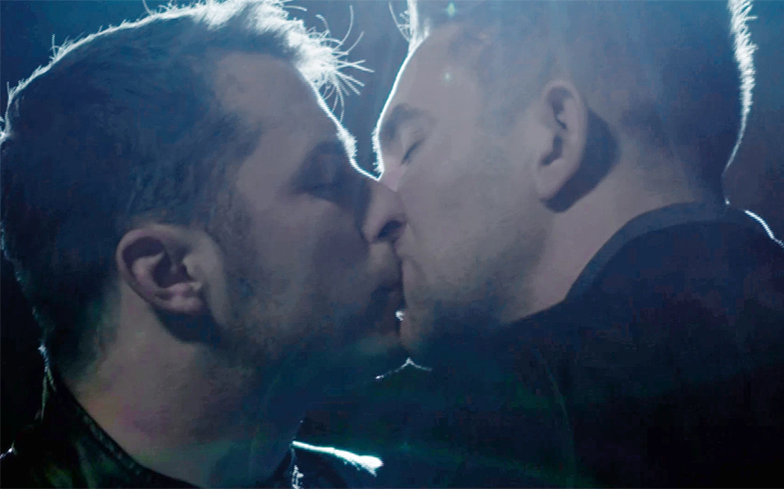 “We’re glad to use our voice to try and change that.”

In an interview with Radio Times, she said the show still faces “obstacles and obstructions” from audiences at home because society is still not entirely accepting of LGBTQ characters and homosexual storylines.

“There’s a paradox there because one of the things that makes viewers root for the couple and makes the story compelling is actually the thing we’re trying to change: the fact that there’s still so much prejudice,” she explained.

“There’s still so much homophobia in our society, and we’re glad to use our voice to try and change that.”

Oates continued: “I’m looking forward to the day when a same-sex kiss can be shown on a mainstream soap and the duty log receives zero complaints – because then we’ll be in a much better place as a society.”

Eastenders is known for making strides with LGBTQ representation in the UK. In 1987, the show featured its first ever gay kiss between Colin Russell and Barry Clark. Although it was just a peck on the forehead, it received backlash from viewers.

Two years later, the series aired its first mouth-to-mouth kiss between Russell and Guido Smith. Ever since, the show has introduced LGBTQ characters such as Christian Clarke, Ben Mitchell, Paul Coker, Irene Mills and Kyle Slater.

Recently, the show unveiled its first ever gay bar – called The Royal Albert – in order to reflect London’s diversity and made history with their first Muslim lesbian character, Iqra, played by actress Priya Davdra.

A prominent storyline for the show this year has been the romance between Ben and Calum – dubbed ‘Ballum’ by fans.

Oates said: “For some viewers, it’s as simple as celebrating representation. A lot of EastEnders fans are liking how comfortable Ben is in his sexuality and have commented that his approach to dating feels authentic, which I think is important.

“Likewise, Callum feels very believable as someone who’s come from a homophobic family and is struggling with his sexuality. So, both these characters really resonate with our LGBTQI audience.

“Viewers do have a natural sense of justice and therefore root for characters to overcome prejudice so they can be together. But when it comes down to it, the enduring and universal appeal of a well-told, well-acted love story cannot be underestimated.”