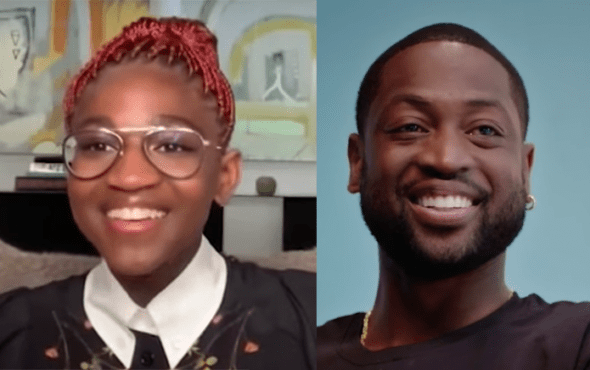 In a heart-warming interview, Dwyane Wade revealed his daughter’s transgender identity encouraged him to grow as a father and an ally.

Appearing on the I Am Athlete YouTube channel, Dwyane Wade opened up to Brandon Marshall and Ryan Clark about his experience raising and supporting a transgender child.

Wade reflected on his own upbringing and how that shaped his childhood and behaviour at a young age.

“Growing up in the inner city of Chicago, in the hood, you’re told that boys do this: boys play football, boys play basketball, boys play baseball, boys date girls … whatever the case may be,” Dwyane explained. “I’m no different, I’m raised that way. I’m in the locker room, I’m saying all the things that people say.”

However, the turning point for the former basketball player came when Zaya was three years old.

The athlete confronted the reality that one day Zaya could come home and say “dad I’m gay or dad I’m this or that” and the star said he “prepared himself” and questioned what he would do.

Wade also recalled when his daughter, Zaya, was eight she described herself as Black and queer for a class project on identity. The 39-year-old said he felt comfortable experiencing this as Zaya’s teacher was a queer woman.

“At that moment everything that I was taught went out the window and my sole job and responsibility was to make sure that this kid grew up knowing that they are supported and loved by the father and the other parent,” Dwyane reflected.

For Dwyane, everything changed when Zaya came out to her parents following the school assignment. He explained to the I Am Athlete team how this changed his perspective and what he told his daughter.

“It’s not our job and our responsibility to tell you who you are.  You are going to be who you’re going to be. It’s my job to try to put you in the best positions to help you reach that goal to be who you want to be,” he said.

Dwyane added that watching diverse shows such the hit LGBTQ+ series Pose helped him gain a better understanding of the trans community.

The sports star revealed also he was “tired of trying to hide” as a way to protect her from negative comments and transphobic attitudes.

But Dwyane admitted this didn’t feel right for him as he questioned how far it would go: “It came to the point where I said am I hiding her from it or hiding myself from it.”

Closing the moving interview, the athlete admitted he had grown from his experiences with Zaya and was proud of her for being her true self.

“My child has the right and ability to be whoever they want to be in this life and I’m going to make sure of it,” he said.

Following Dwyane Wade’s interview, fans and stars online rallied in support of his comments and acceptance of his daughter.

WHY WE TELL THE STORY: VISIBILITY MATTERS. LOVE TO THE WADE FAMILY. SPECIAL LOVE AND SO MUCH RESPECT FOR MY @PoseOnFX FOR ALLOWING ME TO BEAR WITNESS TO Damon’s story. @DwyaneWade @itsgabrielleu pic.twitter.com/8Z9nsYURRm

Dwayne Wade is such an amazing, inspirational father to his kids. I love him so much. https://t.co/1LaNBKTiRR