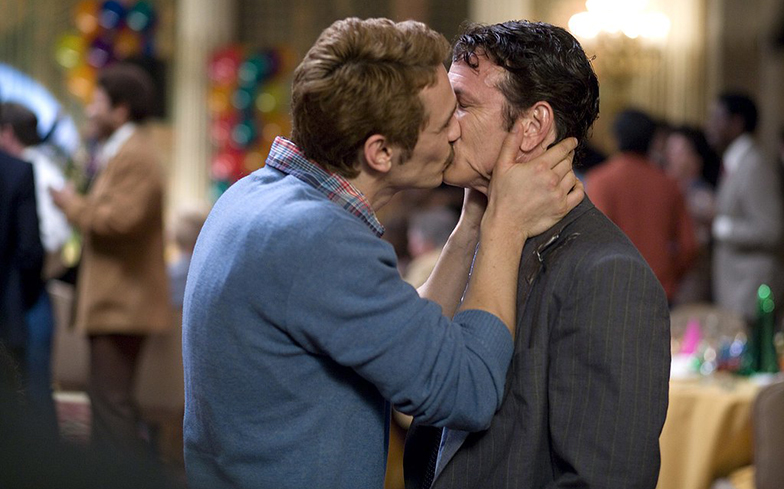 Dustin Lance Black has opened up about the process of creating his film Milk.

The screenwriter and author revealed that only Focus Features – the makers of Brokeback Mountain – would take on his biopic about politician and LGBTQ activist Harvey Milk, while everyone else he approached turned it down.

Released in 2008 and starring Sean Penn, the film told the story of how Harvey Milk became the first openly gay person to be elected to public office in California in 1977. It went on to win Best Actor and Best Screenplay at the Oscars.

Despite receiving critical acclaim and taking home awards upon release, screenwriter Dustin said in an appearance on the podcast Out with Suzi Ruffell that he wasn’t aware he had a hit film on his hands.

“You have to dial yourself back, this was 10 years ago now, and that doesn’t seem like too long a time, but the world has changed massively,” he said.

“No one was buying gay films. Studios weren’t asking for gay characters or gay storylines, and with TV, there were a few that had been successful – thank God for Ellen, and Will & Grace.

“Now at least, you have executives, you have places like Netflix who know they want to serve a diverse audience. That just wasn’t a conversation [back then].”

He continued: “So, it wasn’t a no-brainer. There had been one big, successful box office success, which was Brokeback Mountain.

“They saw something in it, and did an incredible job with it. I’m eternally grateful to them and Universal for believing in it from start to finish.”