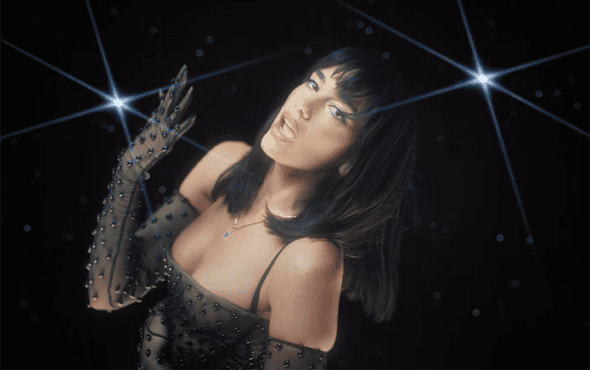 Dua Lipa has shared the video for her disco anthem, Levitating.

Directed by Warren Fu, the intergalactic-themed visual follows the British songstress as she performs the funk favourite in an elevator headed for the stars. Dua is assisted by US rapper DaBaby, who appears on the revised single version, as well as a posse of dancers.

Levitating is the fifth single from Dua’s sophomore album Future Nostalgia, after Don’t Start Now, Physical and Break My Heart, all of which reached the top ten in the UK, and Hallucinate, which stalled in the lower regions of the top 40.

An electro-house and future bass remix of Levitating featuring Madonna, Missy Elliott and The Blessed Madonna was included on Dua’s first ever remix album, Club Future Nostalgia. It was accompanied by a music video, directed by Will Hooper.

Levitating (featuring DaBaby) is now available on iTunes and streaming services – listen here on Apple Music and/or watch the music video below.