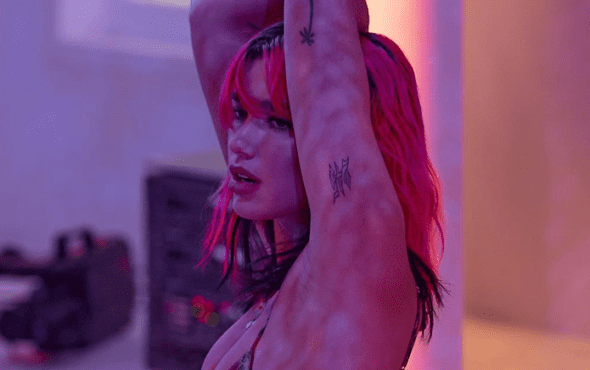 Dua Lipa has unveiled the tracklist for Club Future Nostalgia.

The album, which consists of remixes of songs from her sophomore effort Future Nostalgia, will include previously announced featured artists Madonna, Missy Elliott, Gwen Stefani and Mark Ronson.

It also contains revised versions from DJs and producers such as Mr. Fingers, Jacques Lu Cont, Horse Meat Disco and Jada G, as well as some unreleased tracks and mash-ups with iconic pop anthems like Stefani’s Hollaback Girl and Jamiroquai’s Cosmic Girl.

“I’ve watched you all dance in your homes and on your Zoom parties to Future Nostalgia like you were in the club with me,” Lipa said of the album in a statement.

“It brought so much joy to my days spent at home, even though I would’ve much rather been playing these songs live for you all on the road.

“During this time, I decided to take the party up a notch with the incomparable the Blessed Madonna, who secretly helped me to craft the mixtape that would become Club Future Nostalgia. We invited some friends and legends to join in on the fun with us.”

Check out the full tracklist for Club Future Nostalgia below. In an interview with Zane Lowe for Apple Music, Dua said she collaborated with Madonna because she’s an artist that she’s “listened to” her whole life, adding: “Her career trajectory as well has been something so inspirational and the momentum that she’s kept and the way that she’s grown with her music.”

Speaking about Missy’s participation, Dua continued: “I jumped on the phone with her and we had a little talk and she really just does stuff that she really believes in, so that I felt it was such a massive compliment for me, for her to be so inspired by the remix and the track, and to want to be a part of it and be a part of this mixtape.”

Levitating (The Blessed Madonna Remix) is now available on streaming services – listen here on Apple Music and/or watch the fierce music video below.

Club Future Nostalgia is due for release 28 August.