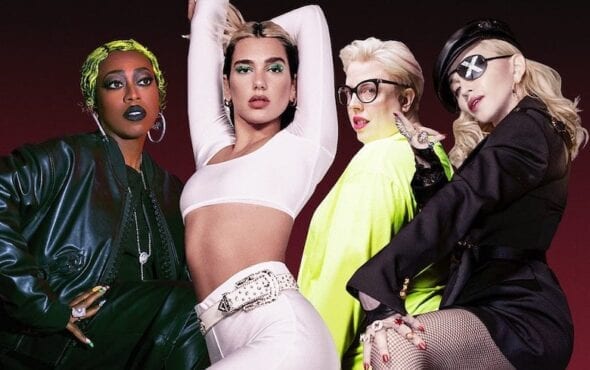 You know how we tend to overuse the phrase “giving the gays everything they want”? WELL WE’RE USING IT AGAIN BECAUSE IT’S NEVER BEEN MORE ACCURATE.

But that’s not all: Levitating has been remixed thanks to DJ The Blessed Madonna, and will feature Madonna and Missy Elliott. 2020? Saved. Gays? Getting everything they want.

Dua called Madonna and Missy her “idols” on Twitter and said the remix was a “dream come true,” while Missy teased the track with fire emojis on her Instagram story.

Levitating will follow in the footsteps of Don’t Start Now, which became Dua’s highest-charting single on the Billboard Hot 100, Physical and Break My Heart, both of which reached the top 10 in the UK.

Future Nostalgia was met with universal critical acclaim upon release and became Dua’s first chart-topping album in the UK. The Official Charts recently revealed that it’s the highest-selling album of the year for a British artist.

Dua also made history last week when Don’t Start Now crossed the billion threshold on Spotify, making her the first – and only – female act to have four songs pass a billion listens on the streaming service.

Levitating featuring Madonna and Missy Elliott will be released 14 August – listen to the original here on Apple Music or below.