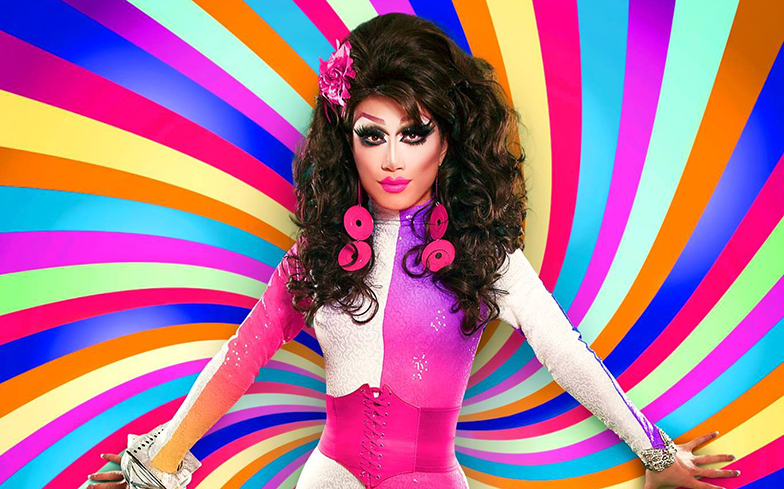 If you’ve watched this season of RuPaul’s Drag Race, you’ll know very well that Yuhua Hamasaki’s hot and flexible body allows her to exercise in all different positions. And if you’re a die hard fan, you’ll know that this NYC queen has a dark, twisted sense of humour. To disguise her time away filming season 10, Yuhua claimed to have been in a – wait for it – coma (lol).

“A lot of people tell me my humour is too dark, and you have to watch what you say,” she tells us. “Drag was never about watching what I say, it was about speaking the truth, speaking what I feel, and not caring about what people think.”

Yuhua sat down with Gay Times and spilt some piping hot T on her Drag Race experience, why she’s inspired by Samara from The Ring, and why she will definitely, absolutely, positively “pick up shit” to get on All Stars.

Hi Yuhua! Does your hot and flexible body still allow you to exercise in all different positions?
Oh my god! I lied! I lied about that! I am anything but hot or flexible. I’m actually a 54-year-old Chinese man. Oh my god, you’re crazy. I love you already.

So, tell me about your ‘coma’…
That was extra. I didn’t know what else to say! 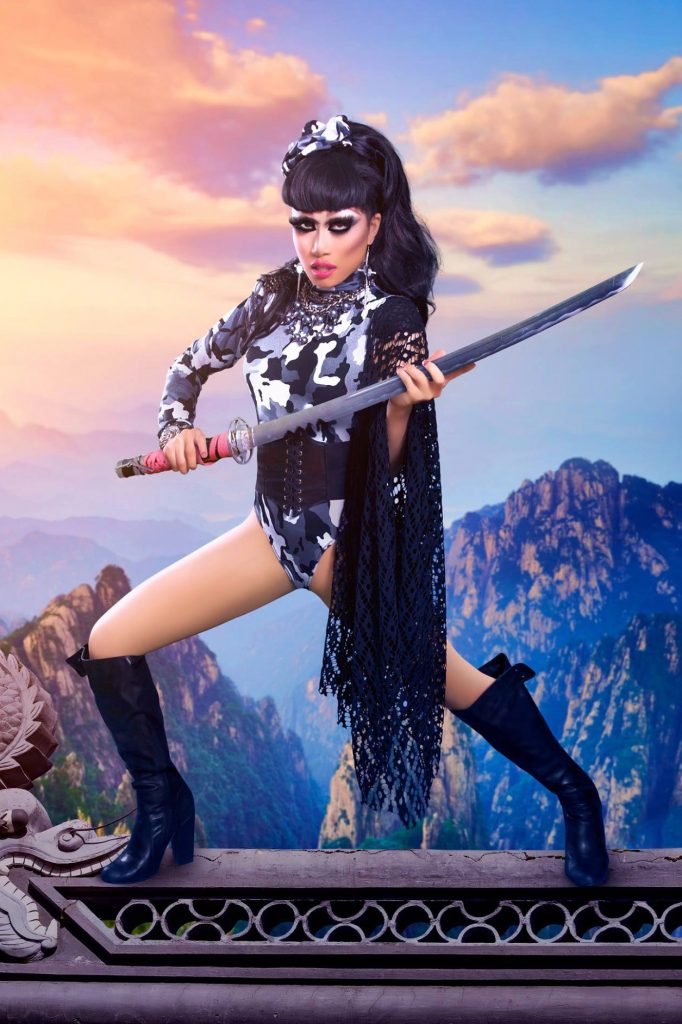 Did anyone believe that excuse?
People that are fans of show knew better. But people who are not super fans of the show, who do not follow the online forums, they started messaging me like, ‘Girl, are you okay? How’s everything?’

It’s my new favourite excuse. “Sorry, I was in a coma”.
Yes use it!

You’ve got a dark sense of humour haven’t you?
I do. Drag is supposed to evoke emotion. It’s supposed to not give a crap about what anyone else says. It’s supposed to make people think, you know? That’s why I do drag. A lot of people tell me my humour is too dark, and you have to watch what you say etc. Drag was never about watching what I say, it was about speaking the truth, speaking what I feel, and not caring about what people think. Drag is supposed to give you the courage and bravery that you didn’t have when you weren’t in drag. Also, laughter is the best medicine ever. When I got eliminated, I laughed about myself the entire time. Whereas if I cried in my hotel room the entire week, think how devastating that would be? Oh my god. I laugh about it, I joke about it, because the more you talk about it, the less of a fear it becomes.

Were you disappointed with your placement on the show?
I think ‘disappointed’ is not the word. It depends on how you view yourself, and what you wanna do with it afterwards. I have to remind myself that it is just a TV show, and it is not a competition that determines my overall success. My success is determined by the amount of hard work that I am willing to put in after the show, knowing that I was given this amazing opportunity. So, I have to think about what I want to do afterwards. The real race starts after you’re eliminated.

Not winning the show doesn’t mean you’re not an excellent drag queen.
Yes, of course! We are all fantastic performers and entertainers. To be one of the lucky 14 girls to be picked for this season out of 3000 applicants feels amazing. I feel very grateful already. At this point, we’re all winners. It just depends on how the cookie crumbles, which challenges come first, and how the game plays out. I mean, somebody has to go home. We can’t all stay.

Who would you have done on Snatch Game?
I brought several outfits, including Christina Aguilera, so I was very very shocked that I saw her in the first episode. I thought about doing Jackie Chan because he is hilarious and you never know what he is saying. Also, I brought Lois Griffin from Family Guy. I love her, she’s so silly. “Hi Peeeeeeter”. Crazy. 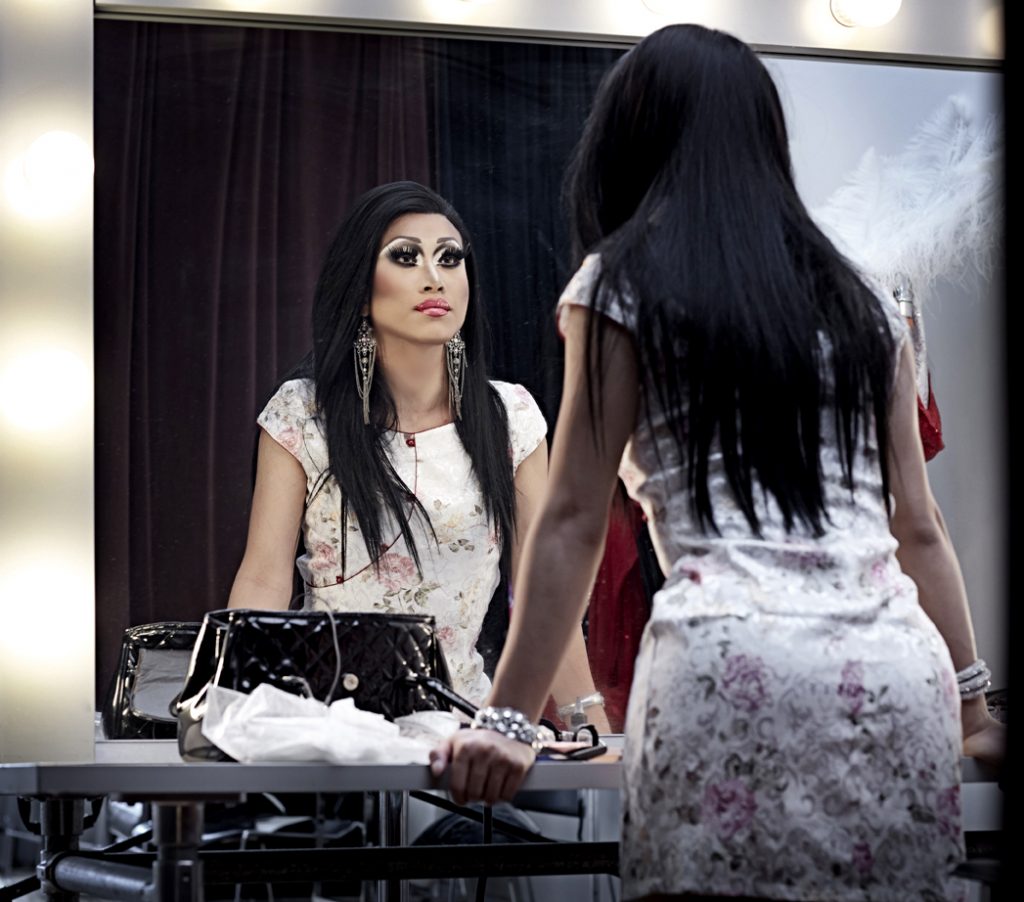 No regrets and all that.
Exactly. Regret is how you view the experience as well. Do you want to make it a positive or a negative experience? I wanted to make the whole experience positive. I had an amazing time while I was there.

Have you kept up with the season?
Yes! I have watched every season and every episode. I still stream it illegally on the internet, even though I’m on the show.

They recently took seasons 2-7 off UK Netflix and I am struggling to say the least.
I support you. If you want links, let me know.

Which challenge after your elimination do you think you would’ve killed?
I would’ve killed the Bossy Rossy challenge. It reminded me of Jerry Springer and the Maury Povich Show, and I grew up watching those trashy American TV shows, so I would’ve completely slayed those challenges. That’s my character as well. I am extra, I am petty. For the runways, I would’ve slayed the mermaid challenge, the hat challenge, and the denim challenge. For every look that I didn’t get to do, I put on my social media, because I spent so much money, time and creativity.

Also, your reunion look… Absolutely gagged.
Thank you! That inspiration came from Samara from The Ring and Kayako from The Grudge. Both have stories, duties that they haven’t finished yet, so their spirits are still lingering on. My thought was to go to that reunion with feelings and thoughts that I haven’t talked about, so that’s why I’m still holding a grudge. So, I came back from the dead. I think for the reunion, it’s not about looking pretty anymore, because you can look pretty all you want. I wanted to look memorable and show my personality one last time.

It might be one of my favourite looks ever.
Thank you! It airs this Thursday, and it’s gonna be great. I think it might even top last year’s reunion.

Wow. So, lots of drama then?
Not just drama. There’s drama, tears, laughter, shade, everything. 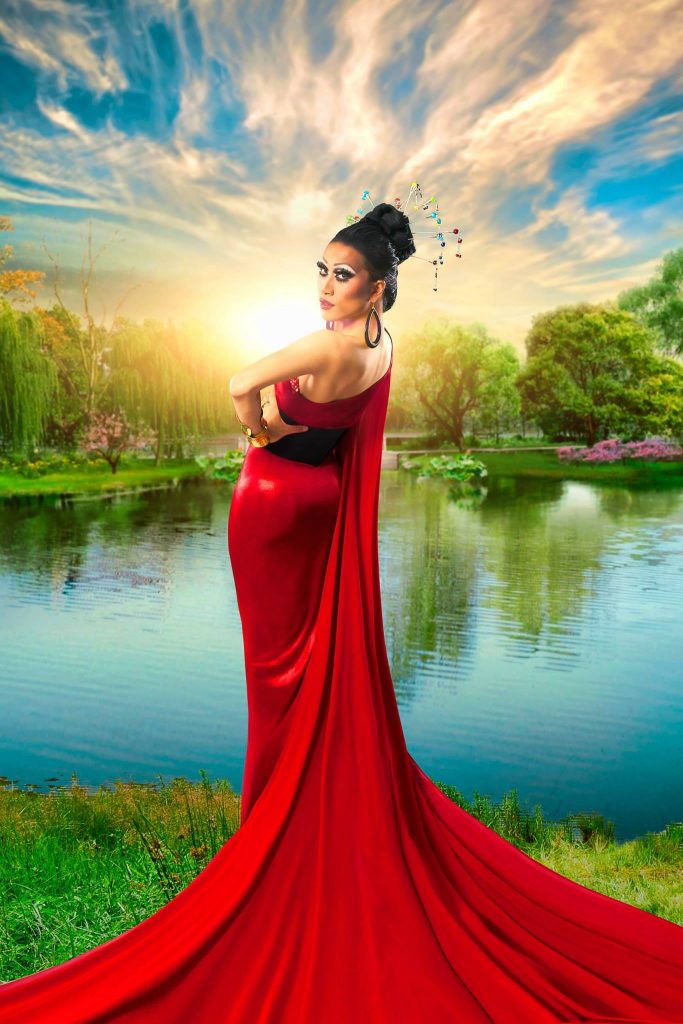 A lot of people were surprised that Miz Cracker didn’t make the final four. Were you?
She is a very talented person, but again, it depends on how the cookie crumbles. If depends on the lip-sync for your life song, because it could be anything. For her, it was Nasty Girl, which is one of the sexiest songs to ever be produced throughout history, and she is anything but sexy. So when she lip-synced for her life, Kameron definitely beat her. Being sexy is definitely something Cracker is not comfortable doing, so that’s why she was sent home. It doesn’t mean that she’s not an amazing performer, it just means that’s how the cookie crumbles.

Exactly. If you had a different song, you might’ve beat Mayhem Miller.
Definitely. Me and Dusty Ray Bottoms were talking about it. Dusty is a punk rock girl, and if she got Courtney Love, she would’ve slayed it. If I got Nicki Minaj, I would’ve slayed it because I don’t do punk rock, I am a top 40’s girl. I do Beyonce, I do Rihanna, I do Nicki Minaj, I do Cardi B, I do all those pop songs.

I can see my headline now – ‘Yuhua Hamasaki will pick up shit for All Stars 4’.
Yes. Yes. I will pick up shit. This new generation of drag performers think that drag is a gateway to being famous or making money, but they don’t realise 40 or 50 years ago, drag was a political statement. People performed in drag because they were trying to rebel against what the social norm was, to fight for LGBTQ rights. So, they don’t realise what hard work means. They don’t know what it means to pay off your dues. I come from ten years ago, before Drag Race. You have to pay your dues, start from somewhere and you have to work hard for where you want to be.

Your video for The Ankh Song was hilarious, have you got more projects like that lined up?
I’m not a singer at all, first and foremost I’m an entertainer. When I did that song, I wanted to be trashy. I wanted it to be stupid. I wanted it to be silly. It’s not supposed to be taken seriously, unlike Adore Delano’s music, Courtney Act’s music, Madonna’s music. I don’t want to go into that. If I were to do it, it would be comedy, whether it’s a skit, films, that’s what I wanna do. I also wanna inspire people to be themselves.

Your next video should be about your coma.
Yep, how to lie to people. Tell them you’re in a coma, tell them you have a hot and flexible body, and to always clap-back.

The RuPaul’s Drag Race season 10 reunion airs this Thursday at 8pm on VH1.