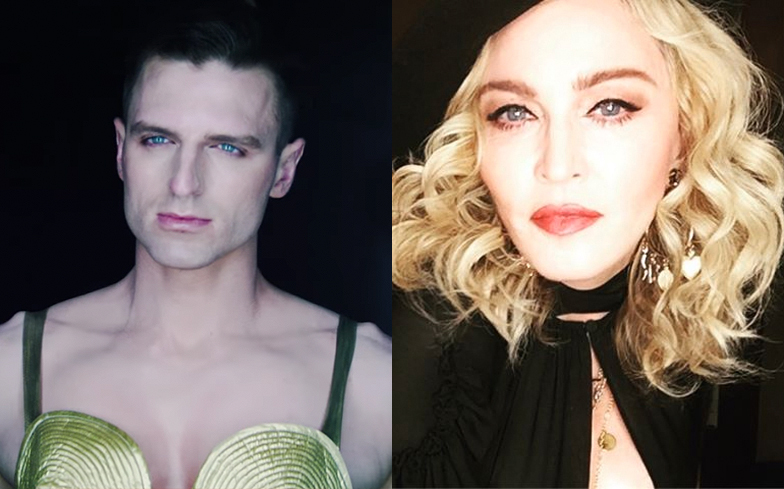 Now this is what you call a Night of 1000 Madonnas.

The latest commercial for Madonna’s MDNA skincare range sees the Queen of Pop revisit some of her most iconic looks over her lengthy career, from the legendary Blonde Ambition cone bra to her Hung Up disco leotard.

“Over the years I’ve had the opportunity to embody many personas―to express myself but remain myself,” Madonna reflects in the visual, before calling for a “revolution of being who you are.”

However, this is Madonna and there’s always a twist.

As we get to the end of the clip, what we thought was Madge in all her various guises actually turns out to be RuPaul’s Drag Race star Milk.

“From having my makeup done by Aaron Henrikson, to my hair, to secretly getting to try on the original Jean Paul Gaultier cone bra (it didn’t fit haha), shooting the MDNA SKIN campaign video was surreal,” Milk said on Instagram.

“To be a part of this, for someone who has always epitomized the ideals of being different and unique, was a dream come true.”

Milk recently competed in Drag Race All Stars 3, which will air in 2018.

As for Madonna, RuPaul failed to deny that the superstar could be a guest judge on a forthcoming series of Drag Race, leaving many to speculate that she could be heading to the runway soon.

The star recently revealed that she has moved to the Portuguese capital of Lisbon to work on brand new music and her next movie, Loved.

The film is an adaptation of Andrew Sean Greer’s 2013 novel The Impossible Lives of Greta Wells.