Drag Race’s Lemon reveals “next level” Kitty Girl look: ‘You broke the internet with this one’ 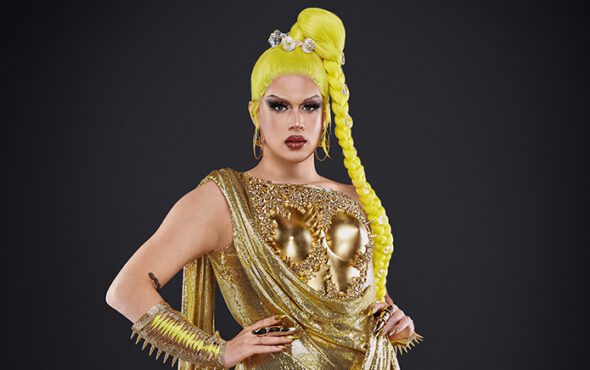 Lemon has shared what she would have worn on the Drag Race UK vs the World runway had she still been in the competition.

The Canadian queen was eliminated in the show’s first episode after Pangina Heals won the lip-sync and sent her packing.

The remaining contestants had to serve up three separate lewks on the runway in the latest instalment under the categories of Kitty Girl, Butch Queen and U Wear It Well.

With the third lewk having to made on the day, Lemon would have only brought outfits for the first two categories with her – one of which she has now revealed to Drag Race fans on social media.

“Category is: Kitty Girl,” the 25-year-old wrote on Instagram shortly after the episode aired on 8 February.

Lemon can be seen wearing a rhinestoned leopard print ensemble in the images, complete with blonde wig and matching bag, hat and sunglasses.

“Love this look so much,” wrote Lemon’s Canadian sister, Jimbo.

One Drag Race fan added: “PLEASEEEE this ep was so boring w/o you.”

In a follow-up post the next day, Lemon showed what the lewk looks like from behind, revealing an over the top train with puffiness for days.

“I never look back darling, it distracts from the meow,” the citrus-inspired star added.

“This look is everything,” said Holland’s Janey Jacké. “The hair, the coat.”

“You are next level,” another Lemon stan commented.

Although Lemon is yet to share her Butch Queen look, it’s likely this will be coming to her Instagram in the coming days.

RuPaul’s Drag Race UK vs the World is now available to watch on BBC Three and BBC iPlayer.