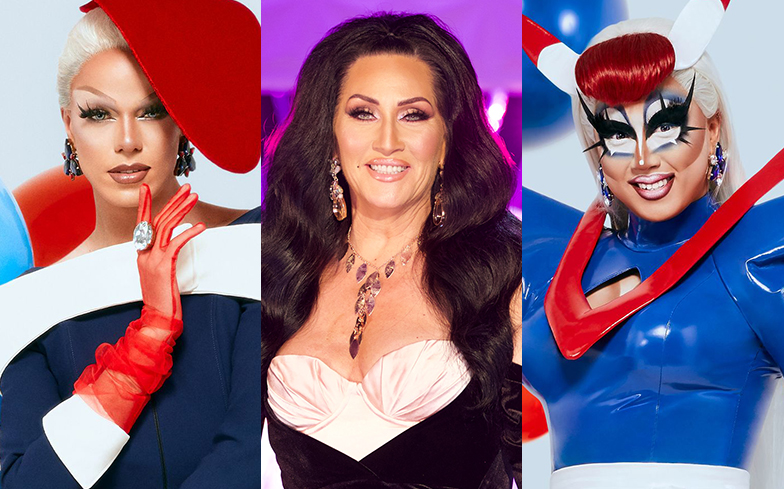 Toots across the board!

Several of the eliminated contestants from RuPaul’s Drag Race season 12 have shared the gag-worthy lewks they would’ve worn for last week’s runway, which paid homage to legendary judge Michelle Visage.

French fashionista Nicky Doll, who was eliminated in 11th place, took inspiration from Michelle’s lace ensemble from the judging panel, with the back of her negligee engraved in her iconic quote: “I don’t like messy bottoms.”

If Nicky lasted two more weeks, she would have also referenced when Michelle unleashed her “girls” on the panel.

This had the potential to be iconic.

Rock M. Sakura was praised for her uncanny resemblance to the Seduction songstress. One fan said it was “the most on point Michelle impersonation” they’ve ever seen, while another joked: “It’s kinda unsettling to see you with this soft makeup.”

The queen, who was controversially booted off the show in 10th place, also shared a video of herself as Michelle while RuPaul’s legendary hit Supermodel (You Better Work) can be heard in the background. Her facial expressions are everything.

Aiden Zhane and Dahlia Sin are yet to share their Michelle runways, but the latter did provide a sneak-peek in a video with her drag sisters, Kandy Muse and Janelle No.5, which includes a “#clumsy” moment that we’ve rewatched 6000 times.

Last week’s episode of Drag Race season 12 received praise from fans, and is widely regarded as one of the show’s best episodes.

For the maxi-challenge, the nine remaining contestants delivered one of the most sickening and jaw-dropping spectacles in Drag Race HERstory as they paid tribute to Madonna in an all-singing, all-dancing number.