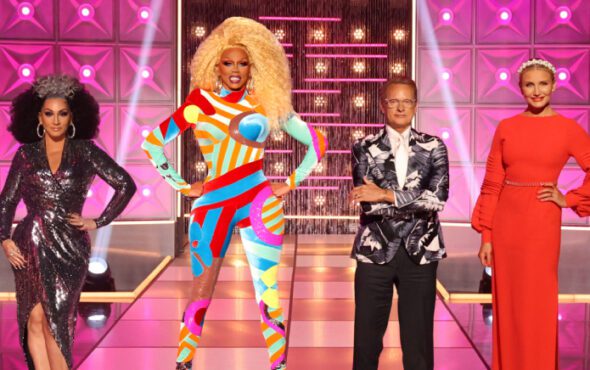 The first two episodes of RuPaul’s Drag Race All Stars 7 have left a major impression on viewers.

Streaming on Paramount Plus in the US and WOW Presents Plus in international territories, the brand spanking new season of All Stars makes herstory as the first series in the Drag Race franchise to feature a cast solely of former champions.

Following their long-awaited entrances into the werkroom, RuPaul announced a game-changing twist, of course: there will be no eliminations this season. None! Nada! Zilch! Instead, the top two All Stars of the week will each receive a Legendary Legend Star.

The winner of the lip-sync for your legacy will, as per, earn a $10,000 tip and – this is the fun part! – the opportunity to “block” one of the six safe queens, meaning if she conquers the following challenge, she will be prevented from winning a star. In the words of Jaida, “Gay gasp!”

In the end, the four queens with the most Legendary Legend Stars will participate in a Lip-Sync LaLaPaRuza for the crown. Drag Race viewers praised the new format change and have even called for it to be implemented in future seasons of All Stars. One fan said: “Well, #AllStars7 just proved to me that non-elimination should be the format to go for All Stars and VS The World. Small cast, no elimination, better enjoyment.”

“I hope this format of the game stays for future All Star seasons. As much as we love the drama of queens eliminating each other, there’s magic & power in everyone getting to showcase weekly,” wrote another.

One viewer commended the first two episodes for ‘highlighting’ the charisma, uniqueness, nerve and talent of the former champions with the twist, adding: “I hope they keep it for All Stars seasons to come!”

In the first episode, the queens received a runway modelling coaching session from special guest star Naomi Campbell. Later, they wrote their own verses and choreographed their own routine for a performance of RuPaul’s brand new track Legendary.

After stomping down the runway in their finest ‘She’s Crowning’ couture, which saw the debut of superfan and Charlie’s Angel icon Cameron Diaz as a guest judge, Shea and Monet were declared the top two All Stars of the week.

Following a bonkers lip-sync showdown to Ella Fitzgerald’s recording of Old MacDonald Had a Farm – no, honestly – Shea emerged as the winner, who chose to block her season nine sister Trinity from receiving a star.

For their second maxi-challenge, the queens played – drum roll please – the Snatch Game! For the first time in herstory, however, the queens were tasked with showcasing their best celebrity impressions for two consecutive Snatch Games.

The impersonations were as follows: Jaida as Prince and The Lady Chablis; Jinkx as Natasha Lyonne and Judy Garland, Monet as Mike Tyson and Martin Lawrence; Raja as Madame and Diana Vreeland; Shea as Elsa Majimbo and Miss J.; Trinity as Satan and Leslie Jordan; The Vivienne as Joanna Lumley and Catherine Tate; and Yvie as Rico Nasty and The Boogieman.

Again, the episode was met with widespread acclaim from viewers on social media, who hailed it as the “best” Snatch Game of all time.

“This was hands down THE BEST Snatch Game in herstory! No one bombed and the added pressure to do two characters was amazing,” said one Twitter user.

The queens later shantayed down the main stage in pleather, where Ru and the judges – including special guest star Daphne Guinness – celebrated the cast for their impressions, particularly Jinkx and Trinity, who were chosen as the top two queens of the week.

A hilarious lip-sync battle to Adele’s Rumour Has It won Jinkx the right to block a fellow competitor. She made good on her earlier promise to block a queen already in possession of a Legendary Legend Star by gifting Shea with the ‘Platinum Plunger’.

Check out all the best reactions from social media below:

This #AllStars7 season is INSANE OMG
Amazing honestly.
Ep. 1, my favourite was The Vivienne tho. Underrated!

RAJAS TRANSFORMATION ON SNATCH GAME?? WHAT THE FUCK??? MY JAW DROPPED #AllStars7 pic.twitter.com/apHQaTNaTi

so we got the worst snatch game and the best one in the same year ???? #AllStars7

That was the funniest snatch game I have ever seen. I am literally rolling oh my god. This is such a phenomenal season #AllStars7

GODDAMN. Jinkx Monsoon just topped herself with an all-time Snatch Game performance of Judy Garland. She had jokes! She had timing! She had callbacks! A masterclass.

And the quick-witted Natasha Lyonne as her other Snatch Game character? What a concept! #DragRace #AllStars7 pic.twitter.com/18BKaoceT0

Raja DESTROYED all of them with this one word without a doubt #DragRace #AllStars7 pic.twitter.com/U6IlOsXhI0

Well, #AllStars7 just proved to me that non-elimination should be the format to go for All Stars and VS The World. Small cast, no elimination, better enjoyment.

This all stars format is the best one so far. Imo #rupaulsdragrace #AllStars7

I'm just so happy with the format for this season. It really is just a showcase of the best of the best. Ugh I love drag! #AllStars7 #DragRace

I hope this format of the game stays for future All Star seasons. As much as we love the drama of queens eliminating each other, there’s magic & power in everyone getting to showcase weekly. ✨#AllStars7 #DragRace #DragRaceAllStars

These 2ep of #AllStars7 is everything I’m living for this format. This might one of the best season ever. 1st ep lip sync was iconic but weird. The 2nd ep lip sync is one my favorite songs from the artist. I can’t wait to find out what happens next week.

I. Love. This. Format!!!!!
That damn blocking moment is HILARITY!!!!!! #AllStars7 pic.twitter.com/WX9etxEek7

Yo the new format is fierce…. Lowkey want it kept as the official format for all stars.. #allstars7

Ok but this new format for #DragRaceAllStars #AllStars7 is good! Keep all queens around till the end, block from badges instead of oustings…keep this format!!

This format is insaneeeee. The way they can block someone from getting a star…they setting up the DRAMAAA #AllStars7 #Dragrace

Yeah this format is probably the best yet. #AllStars7

On next week’s episode, the queens will compete in the “realness of fortune” ball.