One year later, we asked Vanessa Hudgens if she’s still “so into voguing” 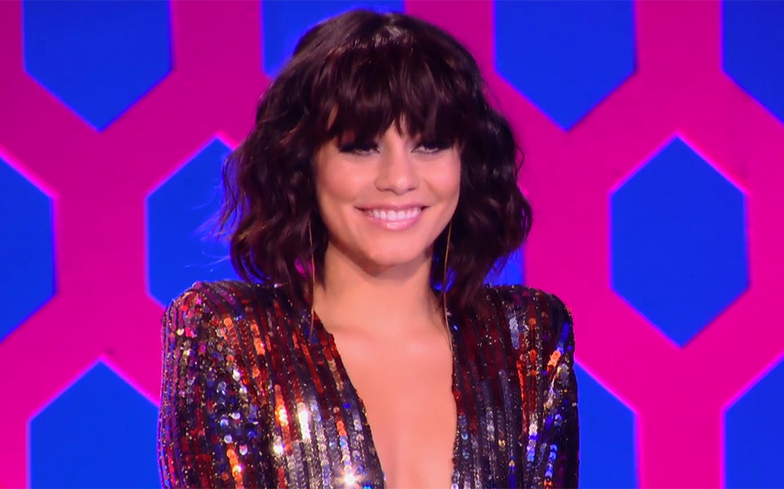 “I was in Vogue classes like twice a week because I was determined to get good at it!”

It’s been one year since American actress and singer Vanessa Hudgens graced the main stage of RuPaul’s Drag Race.

The High School Musical star appeared in a guest judge capacity for the show’s third instalment of All Stars, and became a viral sensation after she commented on Aja’s gag-worthy variety show performance.

“I’m so into voguing right now so that gave me life,” she told Aja. The comment subsequently spawned hundreds of memes, and it’s since become one of the most iconic quotes in Drag Race HERstory.

When we recently caught up with Vanessa to discuss her new comedy film, Second Act, with Jennifer Lopez, we asked her if she was still into voguing, because why the hell not?

“Yes! I love voguing,” she said. “It was so funny when that happened, because there was a very split response.

Vanessa told us that the negative response left her “upset” and “flustered” because she had nothing but love for the art-form, and explained that she wasn’t familiar with voguing until a few months before her Drag Race appearance.

She continued: “I had seen it, but I had never done it, and I was in Vogue classes like twice a week because I was determined to get good at it. I’m still not great, but I love it! There was a whole remix of it and I thought that was incredible!

“I love voguing, and I love drag queens! I’m working with one now and she gives me life everyday.”

Vanessa is about to star alongside Drag Race fan-favourite Valentina in the upcoming live production of Rent.

“I love her so much, she always has such a wonderful attitude and she is a burst of sunshine everyday,” she said of Valentina.

“She’s working so so so hard and she’s crushing it, I’m so proud of her and being able to see her progress every single day. It’s very inspiring and she is a fierce ass bitch! I love her.”

Read our full interview with Vanessa Hudgens here, and watch the trailer for Second Act below.