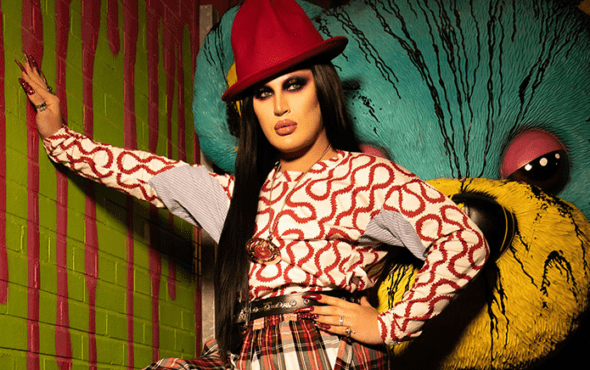 The Vivienne has released a contemporary take on Dead or Alive’s signature 80s anthem, You Spin Me Round (Like a Record).

A lifelong stan of Pete Burns, The Vivienne has performed the band’s hits during her live shows for years, so here’s hoping we get a full-length collection of Dead or Alive anthems in the near future…

The star launched her bid for superstardom earlier this year with her debut single, Tonight.

Inspired by Burns, Tonight is a thumping club banger with swirling synths and an infectious chorus that’ll make you “sh-shake it up and drop down” before the three-minute track clocks out.

“It’s something I never thought I’d do. When you go on Drag Race, it’s the cookie cutter thing that queens do,” Viv told GAY TIMES at the time. “You release a single, blah blah blah, but it felt so natural. I never thought it would happen.”

She’s also taken her charisma, uniqueness, nerve and talent to Tinseltown for her World of Wonder spin-off series The Vivienne Takes Hollywood, which details her journey from the UK’s First Drag Superstar to a bonafide 80s pop diva.

(You can watch all six episodes on BBC iPlayer right now.)

You Spin Me Round (Initial Talk Remix) is now available on Apple Music – listen here or below.