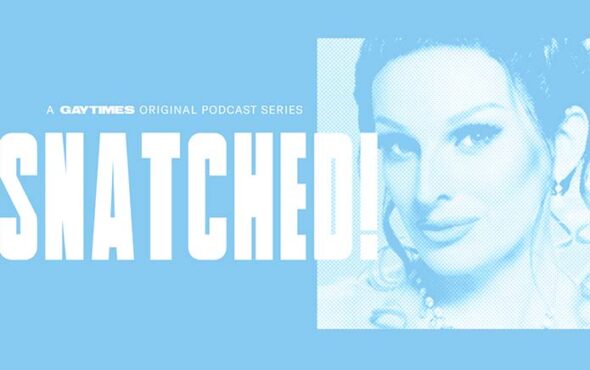 This week, Sam and Umar discuss the chaotic events of the third episode of Drag Race UK season three, which sadly saw Victoria Scone exit the competition due to her knee injury.

The nine remaining contestants then put their sewing skills to the test as they created a high-fashion camp-inspired ensemble.

Following mixed reviews for their runways, Vanity Milan found herself in the bottom two for the second consecutive week alongside Veronica. Although both contestants delivered one of the best lip-sync showdowns of the series so far, and Victoria had already sashayed away, RuPaul proceeded to give Veronica the chop.

After her exit, Veronica joined Sam and Umar on Snatched! and discussed her short-lived return on the series, why she went into “autopilot” after her elimination and her “number one choice” for fan-favourite challenge, Snatch Game.

“I had the same Snatch Game planned for both seasons because I never got to do it. First time around, I was playing more into the improv side of things, which as we learn, I’m terrible at improv! Whereas for season three, I had jokes written, I had a whole game plan. I was ready for it,” ruvealed the Lancashire entertainer.

“I’m sad that I didn’t get to showcase that because it was really funny. But you know, I proved now that I am good at comedy in some elements. My mini challenge this week, I had a sort of rudemption that I can be funny. So who knows? Maybe I’ll come back for an All Stars and you’ll get it to see it all.”

Listen to the latest season of Snatched! on all streaming services including Spotify and Apple Podcasts to find out Veronica’s pick for Snatch Game, and/or read her interview with GAY TIMES here in full.