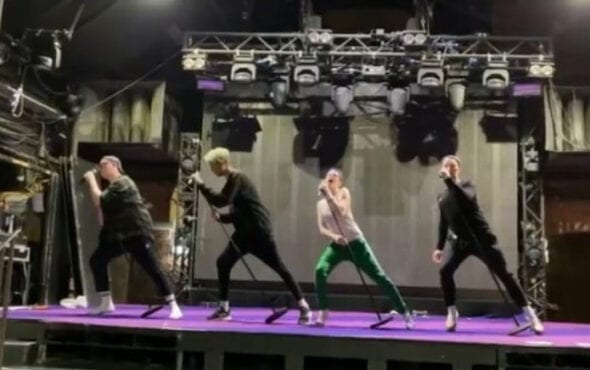 The Vivienne, Tia Kofi and Veronica Green were rehearsing at the venue with fellow drag entertainer Shania Pain for their upcoming West End show, Drag Queens of Pop.

Around 3pm, police were called to the club with specialist officers to investigate an item at the scene. As a precaution, trains running from Charing Cross were temporarily suspended and the queens, as well as Heaven owner Jeremy Joseph, were escorted out of the club.

Metropolitan Police said the item was examined by specialist officers and was later confirmed as “non-suspicious”.

“The circumstances in which the item was found suggest that it was part of an intentional hoax and an investigation is under way to identify the person or persons responsible,” an official spokesperson said in a statement.

“There is no indication, at this early stage, of a particular motive but that will form one of the key lines of enquiry for officers as their investigation continues.”

Drag Race UK season one winner The Vivienne recalled the incident on Instagram, telling followers: “We were up in rehearsal and police stormed in and informed us that we had to evacuate the venue, because there’d been a bomb scare.

“Somebody had phoned the police, possibly after seeing our Instagram, knowing that we were at the venue rehearsing. The police were absolutely amazing. They made us feel so safe. It’s such a shame, after lockdown, everybody is dying to get back to work, and this happens.”

Tia added: “Today was a terrifying experience. A bomb threat was called in while rehearsing for Drag Queens of Pop. The police evacuated us and closed down the whole area. We’re all safe but shaken up. Thank you for all the kind messages.”

Veronica assured her followers that all four queens are safe, adding: “So terrifying to be targeted though. Thanks for all your kind messages.”

Joseph called the perpetrators “sick” and praised the authorities for their “amazing” response to the situation, while assuring those who purchased Drag Queens of Pop tickets that the sold-out show will be “amazing”.

Metropolitan Police have requested for anyone with information about the incident to call 101 with the reference number CAD3901/03MAY. For those who wish to remain anonymous, contact Crimestoppers on 0800 555 111.

Very scary situation today at rehearsals. Thank you so much @metpoliceuk for making us feel so safe and handling the situation perfectly. What a day 😞 pic.twitter.com/VYBr5tDEod

Today was a terrifying experience. A bomb threat was called in while rehearsing for Drag Queens of Pop with @THEVIVIENNEUK @veronicaqween and @ShaniaPain1. The police evacuated us and closed down the whole area. We're all safe but shaken up. Thank you for all the kind messages 🧡 https://t.co/ZkF9nyIqKF

Today someone called the police saying they planted a bomb at the venue we were rehearsing in. Thankfully the package was a hoax & @TiaKofi @THEVIVIENNEUK @ShaniaPain1 & I are all safe. So terrifying to be targeted though. Thanks for all your kind messages https://t.co/4LRsv4xrce

Also cannot thank @metpoliceuk enough for evacuating us so quickly and keeping the situation under control. 4 streets, 2 tube stations, a train station & all nearby businesses were closed & travel disrupted for hours, all because of a sick minded individual. Still a bit shaken 💚