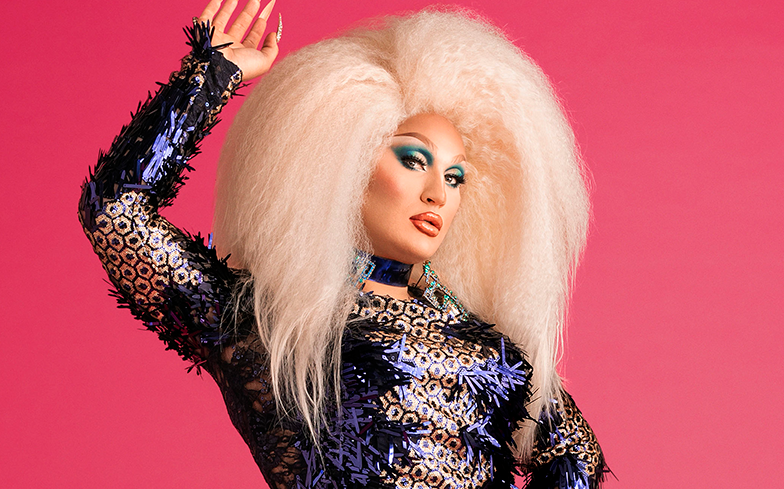 Winning queens are awarded with RuPeter badges, and a TV series.

Drag Race UK has been a monumental success, with some reports saying that 6.5 million people are watching the series over on BBC 3. The show has thrived on both its similarities and differences to the US version.

One of the main differences is in the prizes. Unlike the US version, where queens win gift cards, wigs or even holidays, winning queens on the UK version are rewarded with a RuPeter badge.

This has already been explained because RuPaul’s Drag Race UK is produced by BBC Three, it means it is funded with public money from the license fee and therefore it’s likely the decision was made that they cannot justify £100,000 prize money giveaways.

Also, according to the BBC, “No programme on a BBC publicly funded service may be sponsored.”

So where the US version can give away a sickening supply of Anastasia Beverly Hills, luxurious getaways courtesy of Al & Chuck Travel, or some serious bling from Fierce Drag Jewels, the BBC are unable to team up with a sponsor to offer equally big-budget prizes.

And it seems the lack of prizes has deterred some queens from auditioning for the show. However, Drag Race UK star The Vivienne, who has won three RuPeter badges herself, has hit out at those who don’t want to audition.

In this week’s challenge, before hitting the runway, The Vivienne bravely opened up about her past drug abuse. “It was party, drugs, but I couldn’t leave the drugs at the party,” she revealed. “It was constant for me.”

For seven nights a week, The Vivienne would perform in bars and clubs. When it came to the day time, she “didn’t do anything” and latched onto drugs because of boredom. “It was a habit that caught on a bit too quick and a bit too hard,” she continued.

“When people say, ‘You’ve got to hit rock bottom to get further,’ it sounds so stupid but it’s the truth. I had to be kicked out of my house and told that I would be dead by the time I was 30. It was the loneliest part of my life, I was killing myself… and my family don’t even know. I was pissing my life up the wall and I could’ve been dead now if I didn’t do anything about it.”

To kick her addiction, The Vivienne moved to Spain, where she met her current partner David. She’s now two years clean and wants to use her platform on RuPaul’s Drag Race UK to help other people overcome their addiction.