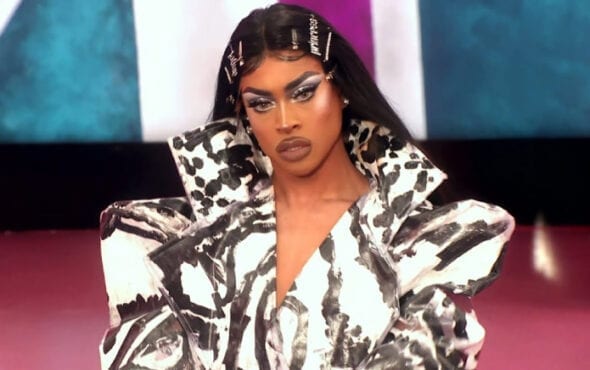 Tayce is doing the damn thing!

The Welsh-born entertainer has just been signed to Models 1 – Europe’s top modelling agency.

Tayce celebrated the news on her social media accounts, recalling when she was 16-years-old and failed to secure a modelling contract because she was “too young, too skinny and not ready.”

The star said this is a “lil full circle moment for moi” and that after 10 years, she’s now “made it”. In the words of RuPaul, we are “so proud to see it.”

Tayce won the hearts of viewers around the world with her appearance on RuPaul’s Drag Race UK.

Although the Welsh diva participated in four lip-sync smackdowns, she proved to be one of the most sickening entertainers the franchise has ever seen thanks to her flips, kicks and tricks and captivating stage presence.

She also bing, bang, bong’d the UK Singles Chart as a member of the United Kingdolls for their infectious, RuRuvision anthem UK Hun, which out-peaked The Frock Destroyers’ Break Up Bye Bye and RuPaul’s signature hit, Supermodel.

Since losing out on the crown to Lawrence Chaney, who became the first Scottish queen to win RuPaul’s Drag Race, Tayce has gone on to slay the industry with numerous high-fashion editorials, including a major campaign for Coca-Cola.

Check out her tweet about her modelling contract with Models 1 below.

when I was 16 I took it upon myself to come up to London and see some agencies, 8 to be exact over 2 days. Everyone single one of them rejected me, saying I was to young, too skinny and not ready. so this is a lil full circle moments for moi🥺🥰 10 years later we made it bby https://t.co/cUHRDRoFkI