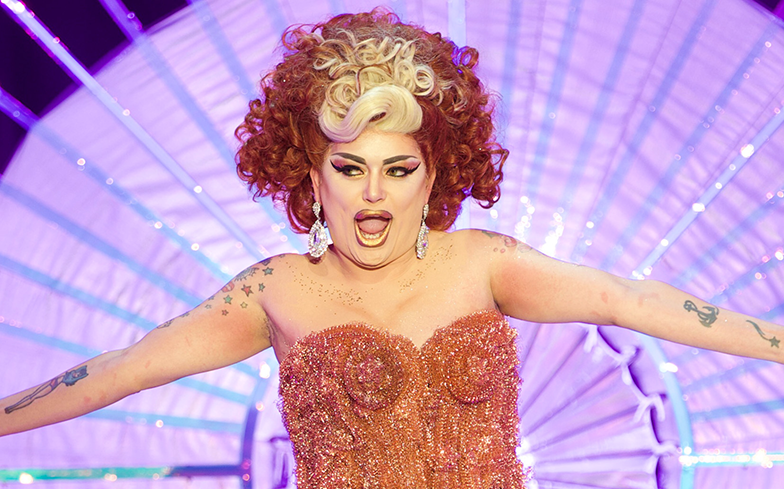 “As soon as the producers saw Baga on Drag Race UK they knew they wanted her,” said a show insider. “They love the idea of getting a drag queen on the show. Viewers will get to know the person underneath all the make-up and wacky outfits.”

Last week, the Midlands-born performer – who describes herself as a “very British drag queen, very fish and chips, mushy peas” and a “tart with a heart” – reached the top six of Drag Race’s highly-acclaimed British spin-off.

In just four episodes, Baga has won two maxi-challenges and become a bonafide Drag Race fan-favourite thanks to her filthy, quintessentially British sense-of-humour and performance as Margaret Thatcher in Snatch Game.

On this week’s episode of Drag Race UK, the contestants will be split into two teams for a girl-group battle. They will be aided by Grammy-nominated singer-songwriter and producer MNEK, while Little Mix alum Jade Thirlwall sits on the panel.