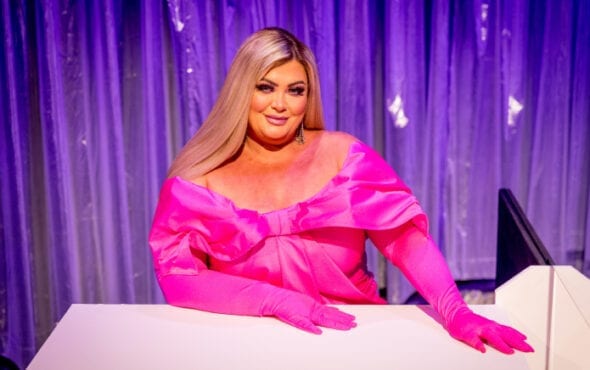 “Babes. I absolutely love this show. I love the girls. I love the glitter. I love it all. And I love RuPaul. Iconic.”

BBC have shared a sneak-peek of Gemma Collins as she makes her RuPaul’s Drag Race UK debut.

Although the reality star is not much of a gamer, as witnessed from her iconic run on Celebrity Big Brother, she will judge the most sickening game of all – Snatch Game.

There’s only one objective in mind for the queens while playing Snatch Game, and that is to make Mama Ru laugh.

It’s the challenge that separates the drag queens from America’s Next Drag Superstar, as six winners have gone on to win the crown: Jinkx Monsoon, Bob the Drag Queen, Alaska Thunderfuck, Aquaria, Trinity the Tuck and Shea Coulee.

In a statement, the GC said: “Babes. I absolutely love this show. I love the girls. I love the glitter. I love it all. And I love RuPaul. Iconic.”

Snatch Game arrives on Drag Race UK season two next Thursday on BBC iPlayer from 7pm. Gemma, who was impersonated on season one by Celebs on the Farm star Cheryl Hole, will play alongside Michelle Visage.

Jessie Ware will join RuPaul, Michelle and Alan Carr on the judging panel.

On this week’s episode, the top eight queens get a shock announcement from RuPaul who tells them that, because of growing concerns over the coronavirus pandemic, they will have to “sashay away” until they can safely return.

Watch a preview of Gemma Collins on the Snatch Game panel here or below.