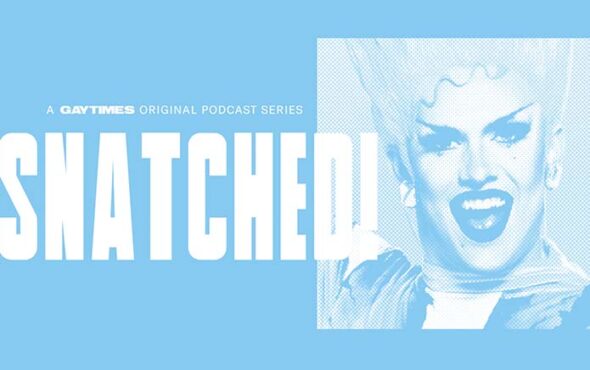 Although they’re both the dancah’s of the season, Elektra and Vanity Milan were criticised for their routine, and battled it out on the main stage to M People’s classic Moving On Up. Serving kicks, flips, splits and other sickening tricks we can’t even begin to describe, the powerhouse performers blessed viewers with the best lip-sync in Drag Race UK herstory. Facts are facts, Britain.

Ultimately, Elektra – known as Superman’s mother to some – was booted out of the competition. (What a way to go though, right?) Following her exit, she joined Sam and Umar on Snatched! and discussed her time on the series, the judges’ comments, the epic smackdown and her plans for Snatch Game.

You can read Elektra’s full interview with GAY TIMES here, and listen to the latest season of Snatched! (with some extra special guest stars) on all streaming services including Spotify and Apple Podcasts (or below).