Drag Race UK: COVID causes havoc in the most shocking episode yet 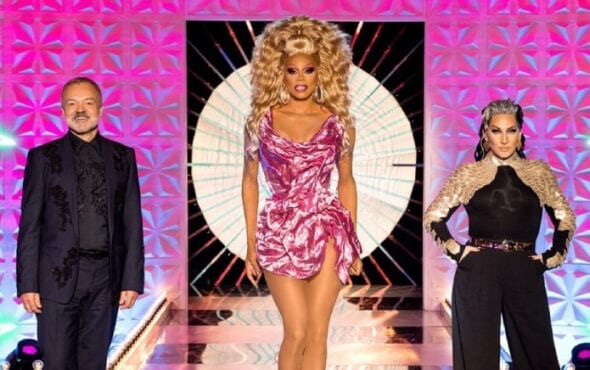 This episode of RuPaul’s Drag Race UK was one of the most shocking – and entertaining – in herstory.

Following Ginny Lemon’s shock exit last week, in which she embraced her inner BenDeLaCreme ala All Stars 3 and eliminated herself, the eight remaining contestants returned to the werkroom and were met with a surprise message from RuPaul.

Due to growing concerns over the coronavirus pandemic, Ru informed the queens that production will be halted for an unforeseen amount of time and that they will have to sashay away until it’s safe to come back.

After seven months – we repeat, seven months – of isolation, the contestants stomped back into the werkroom to another shock announcement: following her positive diagnosis for COVID, Veronica Green would not be returning to the competition, but has an open invitation to return for season three.

Because of this, the queens are tasked with bringing back one of the eliminated girls. Hilariously disguised as the Brit Crew, Joe Black, Cherry Valentine and Asttina Mandella pitched their claim for why they deserve to take back their place in the race. (Ginny was out of the running as she left of her own free will.)

Joe, who wasn’t afforded as much screen-time as the others due to some wildly controversial David Bowie and Brighton Pavilion critiques (nope, we’re still not over it, probably never will be), was voted back into the competition. Following the United Kingdolls’ instantly iconic performance of the track – we’re gonna say it: it rivalled Read U Wrote U –  Banana Drama took to the stage and failed to impress the judges. RuPaul’s face? Whoa. Yeah, that was something.

Unsurprisingly, United Kingdolls earned the most points from the judges and, for the first time in history, RuPaul awarded four contestants with RuPeter badges. Looking back at the show’s herstory, all queens who earn win three challenges make the final (bar Ben), so it looks like Lawrence – who won the previous two episodes – is a shoo-in for that coveted top three spot. 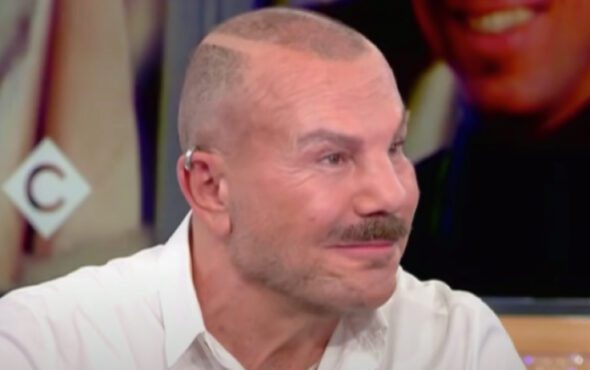 The losing girl-band received harsh critiques from the judges, especially Tia, who was criticised for her lack of evolution over the seven month period, and Joe, who was on the receiving end of RuPaul’s quarantine frustration when she yelled at her for wearing H&M. To future queens: “NO FUCKING H&M!” That moment left us quaking in our boots, but whatever – it was television gold.

Ultimately, Joe got the chop once again after facing off against Tia to The Communards’ classic version of Don’t Leave Me This Way. “I’m back again and in the spirit of Eurovision… nil points!” Joe said, before praising her seaside-themed runway. “I was less of a wallflower than I thought I was last time and I got to show people a bit of me because I got to show this silly bloody costume.”

Next week, the top seven queens will flex their celebrity impressions for Snatch Game! Although she’s not much of a gamer, as witnessed from her iconic run on Celebrity Big Brother, Gemma Collins will join the queens on the panel.