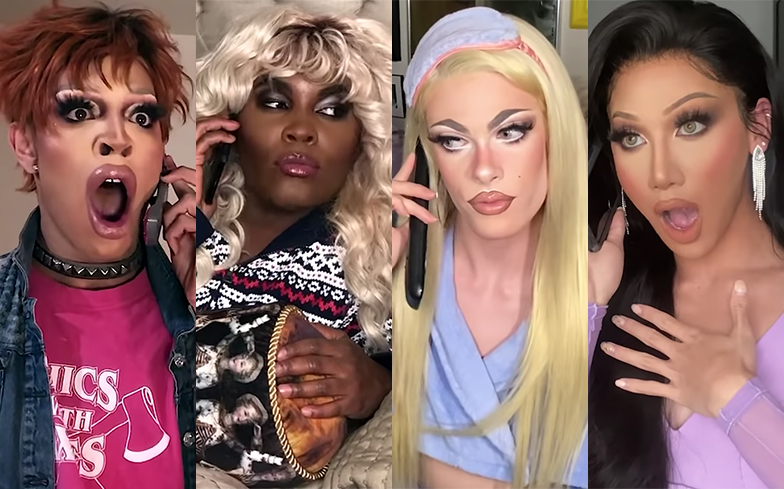 “So… you think Plastique is a basic bitch?”

“Plastique told me that you have not been practicing social-distancing,” Asia says to Yvie at the start of the video.

“I mean look, I don’t care, do whatever you want, but let me tell you something about corona; first of all, it’s a virus – ew – and all it cares about is getting in the way of work and school and friends and family.”

The queens go on to argue over who’s getting more (virtual) attention on Grindr, who’s going to win the Quarantine Queen crown, and the fact that Gigi still “doesn’t know that corona is a virus and not a beer”.

Watch the sketch here or below.