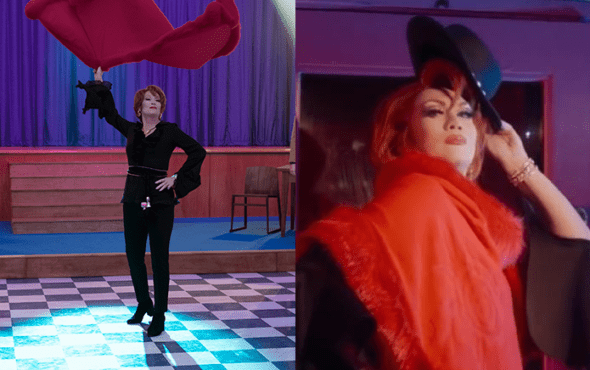 The girls were SERVING!

Netflix and their LGBTQ+ social channel The Most have brought together 11 iconic queens for the most epic Meryl Streep tribute with Night of 1000 Meryls.

In the new Thom Kerr directed feature the drag superstars lip-sync to Its Not About Me from Ryan Murphys latest release The Prom.

Filled with glitz, glamour, and fierceness the four-minute video showcases the queens dressed as some of Streep’s most iconic characters.

The extravagant video starts off with Manila Luzon on stage as Streep’s The Prom character Dee Dee Allen. We then see Monique Heart slay as Miranda Priestly from The Devil Wears Prada.

As the song continues to build momentum viewers are treated to Dani Kay as Donna from Mamma Mia, Kim Chi as Sister Aloysius from Doubt, and Jinx Monsoon as Madeline Ashton from Death Becomes Her.

Night of 1000 Meryls is a video we never knew we needed!

Ring in the holiday season by watching the full legendary lip-sync performance below.