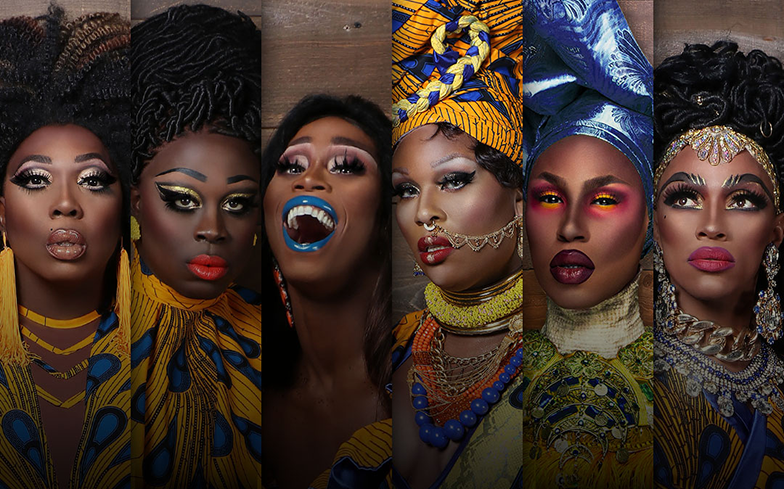 Drag Race stars of colour are launching a new show, titled NUBIA, on 5 and 6 March in New York City. The show will celebrate black excellence, and star some of the show’s most notable queens of colour.

The tour has promoted itself with the hashtag #BlackQueensMatter.

The description for the show reads: “Join Bebe Zahara Benet, Bob the Drag Queen, Monique Heart, Peppermint, The Vixen, and Shea Coulee for the historic world premiere of NUBIA.

“This all-new show is a celebration of opulence, regality, and pure, unadulterated Black excellence.

“Featuring six of the most celebrated Queens in drag herstory, NUBIA is a live out loud, show-stopping extravaganza thrown directly in the face of racial division and political divisiveness.”

In a teaser video for the show, Peppermint says: “Black queens matter because now that we are in a time where people are starting to recognize drag as more than something frivolous.

“As an industry, as an economy, as an enterprise, it’s time for people to realize the value that these black queens — that the Nubian queens — bring and can contribute to the art of drag. There’s a lot of people that are just unaware. So now it’s time to learn and we’re your teachers.”

The Vixen continues, saying: “Black queens are the root of so many things, in fashion, in music, in style, in our culture. And I think black queens don’t get enough credit for how influential and how special we are to the world.”

Bob adds: “Black queens, no matter how popular you are or how well you did in the show, sometimes you don’t receive the same love or the same adulation that white queens get.”

Bebe says: “NUBIA was born out of necessity. I grew tired of seeing tours with casts that don’t represent the diversity or talent within the LGBTQ community—or the world around us.

“And that’s not a sentiment that is exclusive to me. Many performers of color feel the same way. I wanted to shake things up and show people that a tour headlined by entertainers of color is worthy, exciting and profitable.”

Tickets are still available for the show, and can be purchased here.