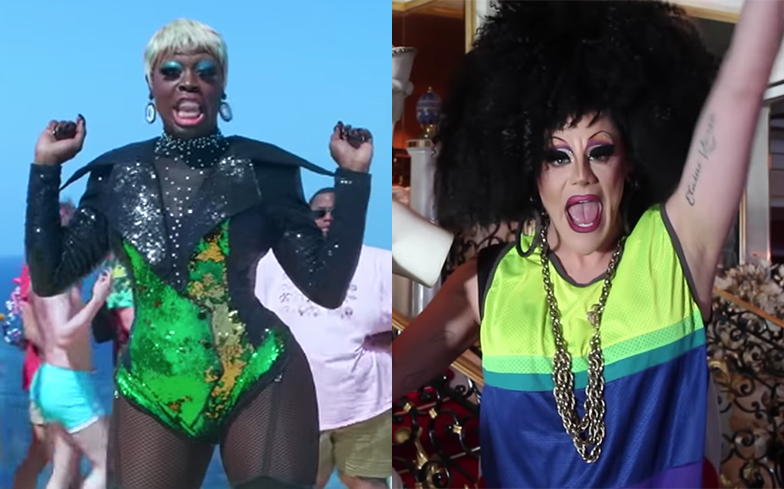 “Super savage, far from average, I’m about to let you have it!”

While we loved it, we couldn’t help but wonder what a version set to the same BPM as the runway remix would be like… and that’s where Bob The Drag Queen and Thorgy Thor come in.

“We decided to make this video of Super Queen, so we wrote our own verses,” they explained in a new video.

“We did this in two days, and actually honestly, for two days with camera people we found on the fly, and we picked Kesha’s Animals and said ‘Do you wanna be in the video?’ and they learned the choreography in minutes, so this is very cool.”

The two former Drag Race contestants were on Kesha’s Weird & Wonderful Rainbow Ride cruise when they filmed the video, which features choreography and some hilarious lyrics. We need an official version of this, please!

Watch the sickening video below.