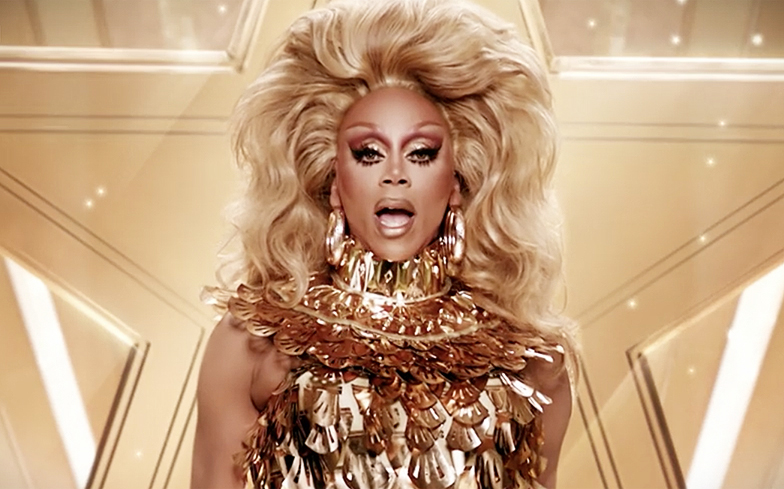 “It’s almost insulting how stupid the producers must think we are.”

The latest episode of RuPaul’s Drag Race All Stars has fans questioning the validity of the show, with many claiming the VH1 divas challenge was set up for a certain queen to be sent home…

Season eight contestant Thorgy Thor was eliminated this episode, after placing in the bottom two with dancing-diva of Texas, Kennedy Davenport.

In the episode, each contestant was assigned the role of a legendary diva, in a VH1-styled divas tribute to RuPaul.

Thorgy Thor was assigned Stevie Nicks, and despite her admiration for the star, she said: “There’s no way, because I’m Stevie, I’m ever gonna win this.”

She continued: “I’m trying to not be a conspiracy theorist, because that’s what I was in season eight, it’ just hard because I feel like I’m set up to fail.”

Todrick Hall provided a majority (if not all) of the contestants with comedic/choreo-filled performances (Shangela as Mariah, Kennedy as Janet, Chi Chi with Patti LaBelle etc), but Thorgy’s character wasn’t given much to work with. Fans on Reddit weren’t impressed with the episode, and agreed that Thorgy was set up to fail…

Take a look at their reactions below…

temporalscavenger: “Honestly it’s almost insulting how stupid the producers must think we are.”

kristal010: “This ep was a mess from start to finish. Thorgy knew. We all knew. Sorry girl.”

abernattine: “The worst part is Thorgy knew exactly what the fuck they were doing to her and called it out the entire episode. While I do think her self defeating attitude about Stevie was a bit uncalled for, she was still definitely set up. The saddest part is most people will side with the producer narrative that Thorgy is just paranoid, and she’ll get hate for it.”

TheDucksBack: “Thorgy got so so so so so fucked over by this episode. Bitch had so much more to give.”

UnmentionableSum: “Completely agree. I’m usually so not here for the conspiracy theories but I was really with Thorgy this episode. It was like Katya getting Princess Di- in comparison to the other characters up there, how are you supposed to stand out even if you do well with what you’re given? I was so disappointed. Thorgy has so much more to show.”

TilapiaRealness: “Thorgy knew Season 8 was set up for Bob and she knew she was set up to fail this episode. Can she still be called a conspiracy theorist if all of her theories are right? I call that telling the T.”

surejan94: “What the hell was Thorgy supposed to do with that weak ass part? She had to bang a tambourine and spin in circles. Meanwhile Shangela gets an entire production with hilarious one liners. Oh, I’m MAD.”

besusreborn: “What makes it even worse is that Thorgy had one of the best looks on stage tonight IMO. The judges’ critiques sounded totally hollow, and after tonight I’m having major reservations about this season in general. I hate to say it… but VH1 may have done fucked up drag race.”

Even All Stars 2 contestant Tatianna called out Thorgy’s edit, with season 4 star Willam backing her up…

#rupaulsdragrace why they giving Thorgy this damn edit?!?!

#rupaulsdragrace I see where this edit is going and I'm exhausted. Thorgy did EXACTLY what she was supposed to! Let see how this turns out.

Do you agree? Was Thorgy set up to fail?

Conspiracy theories for the season have been circulating the net ever since the cast list was ru-vealed last October, and they’ve (significantly) increased since last week’s premiere, and now after Thorgy’s elimination.

Most of them have been, erm, entertaining, but we are completely sold on this latest theory. See here – warning, spoilers etc.