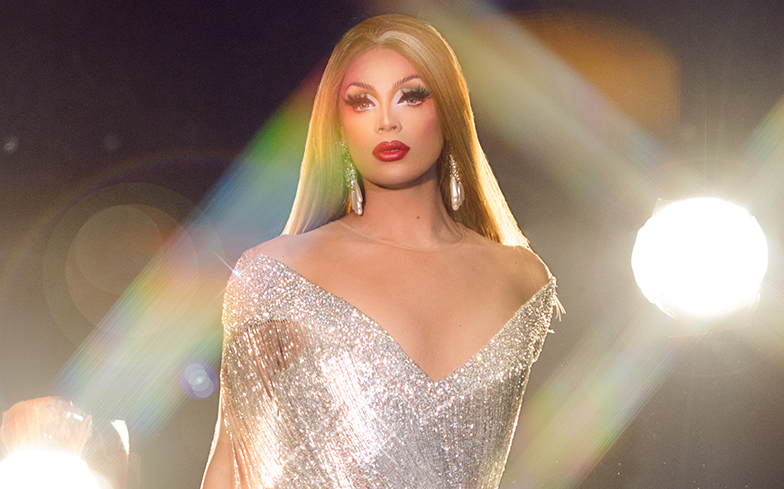 Drag Race star Valentina has revealed that she will be in the next season of Netflix’s La Casa De Las Flores, which translates into English as The House of Flowers. The ‘diva with a heart’ will be making a guest appearance as herself.

La Casa De Las Flores is a Spanish-language black comedy that follows a dysfunctional family that own a prestigious flower shop. The series was created by famed Mexican director Manolo Caro, and has been praised for its writing and featuring LGBTQ characters.

The series has also dealt with issues such internalised homophobia and transphobia.

Valentina made the announcement on Instagram, writing: “It’s is my honor to announce my participation in my favorite @Netflix show LA CASA DE LAS FLORES.

In a follow-up post, Valentina added: “Among the many things I get to do and be, one of them is work with extremely talented people.

“One of them being @manolocaro who gave me the opportunity of a lifetime to appear on his magical Netflix series called La Casa De Las Flores.

“I went crazy for the show when it first came out and thought ‘I HAVE TO BE ON THIS SHOW’ especially when they used Yes sir I can boogie for the trailer!

“I was just ending Rent and All Stars 4 when I got the call! Once I was on board, I got to live in Mexico City at @fsmexico for a month! Hay! And with a full glam team!

“And it’s all thanks to my friend Manolo who believed that I also needed to be on the show.

“I honesty got to live my fantasy as a telenovela actress and made many new friends along the way. Manolo Caro is a Gem to Mexico and the entire world. Thanks for believing in me, I love you friend. April 23 on Netflix.”

This isn’t Valentina’s first foray into the acting world as she’s been in Rent: Live, Werq the World, Drag Tots and AJ and the Queen.

Related: Drag Race’s Valentina reveals why ‘the entire drag community turned’ on her