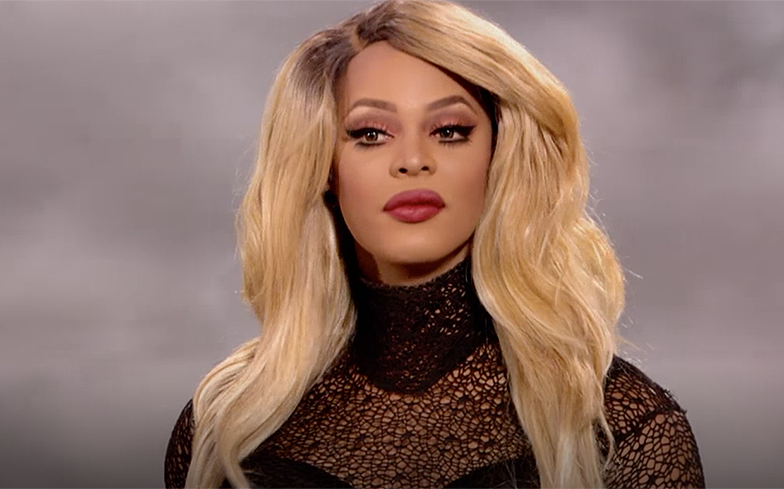 Here’s everything we know…

Drag Race’s second crowned queen, Tyra Sanchez, has been the subject of much media scrutiny these past few months.

Are you completely out of the loop? Not really sure what the T is? Well don’t worry huuuunties, because we’ve broken down exactly what’s happened so far with Tyra Sanchez and her feuds with Tatianna, Phi Phi O’Hara, DragCon and the FBI…

Okay… Start from the beginning.

A video of Tyra threatening the queens then leaked onto the internet, in which she alluded to a future attack on them both.

“But when you see Ms. Phi Phi and Ms. Mother Fucking Tati’s ass stretched out on the motherfucking ground, you will know it was me,” she said. “Yeah, I may not have physically did it, but it will be my doing. Remember that shit, bitch.”

Obviously, this didn’t sit well with both queens.

In response, Phi Phi tweeted: “I feel sorry that when someone disagrees they feel it is okay to threaten people with violence, even tweeting about a former alumni. This has gone far beyond simple shade this has gone to a point where alumni have had their lives threatened and something has to stop them. How did DragCon respond?

DragCon organisers contacted Tyra, and explained that she wouldn’t be able to attend the event unless she apologised for her behaviour.

They warned: “As it currently stands, we cannot allow you to come to DragCon (in any form). We need to see you make a sincere public apology. This apology has to make it clear that you do not condone violence against another person (including other queens) and that you will in no way encourage others to act violently (or otherwise inappropriately).”

Tyra then posted her reaction on her social media channels.

“Multiple times I stated that violence is not the answer and that queens of my upbringing sometimes express ourselves differently than most,” she told them. “I understand you may not understand this as you have only appropriated our lives, our attitudes and our mannerisms.”

She continued: “You can continue to push your narrative that I’m some angry black queen, but you and I know that is simply untrue. If you want to remove me from DragCon because of some drag queen drama then by all means remove me.”

Because Tyra refused to apologise, DragCon banned her from attending the event (11 April).

Following the news, Tatianna slated Tyra in a series of now deleted tweets.

“Oh she was banned from dragcon? She didn’t have anyone coming there to see her anyways. She is the least respected or liked winner from any of the fucking seasons and that’s the fucking T.” Well, how did Tyra take this news?

While some dismissed her comment, many Facebook users were quick to report Tyra to the FBI and the LAPD for suspected terrorism.

One Facebook user, Paige Lauren, pleaded for the LAPD Headquarters to take it seriously. She commented: “Many, many families and individuals will be in attendance, myself included.”

Lara Dalton advised Tyra to “reach out” for help.

“You are a parent and seeing some of the comments and replies you say to people are just wrong,” she said. “You were an amazing contestant on season 2 but its really sad and disappointing to see how you’ve went down hill. Telling someone to kill themselves is NOT okay. I really hope one day you realize you are better than that and get help.” What have other Drag Race queens said about this?

Not many queens have spoken out against Tyra, other than Tatianna and Phi Phi.

Jinkx Monsoon, however, shared her disappointment through a statement on Twitter.

“Queer people already have limited safe spaces – and we have fought hard to get to this place where we have a weekend to celebrate drag and the LGBTQAI+ community,” she said. “I don’t know how to explain how upset I am that someone from within is threatening that and trying to scare us away.”

She continued: “I hope this person receives guidance out of this dark place they’re in. We’ve always been friends and I am trying to maintain empathy and compassion while they threaten the community I’ve sworn to protect- but nothing excuses these scare tactics in today’s climate.” Gay Times will keep you posted if there’s any updates.