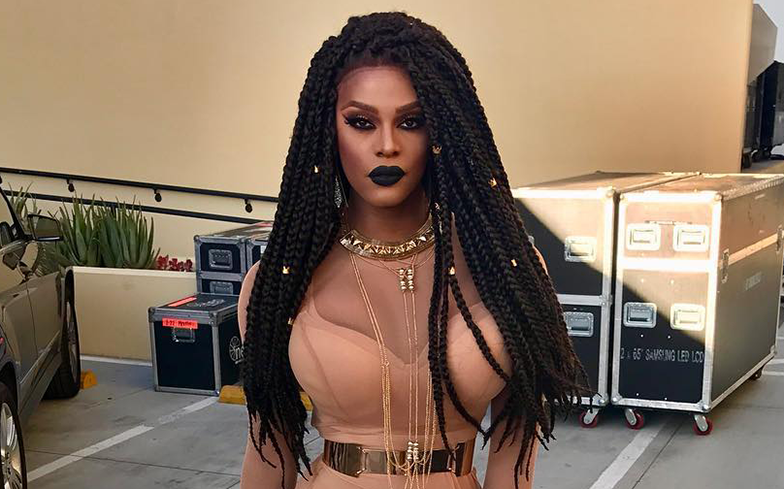 “I have failed you and I know I am much better than that.”

Tyra Sanchez has issued a formal apology to fans for her “offensive” online behaviour.

The Drag Race season two winner was at the centre of controversy last year when she threatened fellow contestants Tatianna and Phi Phi O’Hara. She was later reported for suspected terrorism after posting an ominous warning about DragCon.

Since then, Tyra has disappeared from the spotlight and refrained from making public appearances. In a lengthy post on Instagram, the star said this was because the past few years have been a ‘lot for her introverted personality’.

“I couldn’t quite grasp how to balance everything,” she wrote. “The judgement, criticism and opinions I received daily really affected by vibes and it began to control my judgement. I was on an extreme roller coaster of emotions.

“I dedicated my time to finding my true authentic self and utilized the time to do some serious soul searching. For years I had been unknowingly beating myself up. I looked for acceptance in the wrong places and accepted undeserving treatment.

“Torturing my own mind I tore myself down before allowing anyone the chance. I thought it made me stronger, though truthfully it weakened me with every negative thought. Slowly destroying me, I allowed the negativity to consume me.”

The star felt “empowered” by her rebellious behaviour, but reacted out of fear and anger in situations because she thought it would make her feel better. “I had taken the term “Don’t come for me!” to a whole ‘nother level,” she explained.

“I responded and expressed myself in ways that were misunderstood and offensive to some. I was angry, hurt and lost.”

Tyra then apologised to fans for her actions, saying it doesn’t “represent” her true character, and said she’s privately reached out to “more individuals” who have been affected by her online behaviour.

“By taking the time for myself over the past year, I reconnected to a better me and quickly realised I has been blatantly ignoring my most vital ability,” she continued. “I have the power to be great and the power to emit my greatness into the world.

“No more fighting wars with hearts of anger, instead I decide to lead by example with dignity, honesty and integrity. I am here to encourage those who encourage others and to stand together in love.”

Tyra added that “second chances are rarely given” but is asking for a second chance and wants us to pray for her as she enters the next chapter in her life. She concluded: “Allow me the chance to be the king you were rooting for me to be.”

Fans sent “love and light” to Tyra in the comments and pleaded for the star to return to the industry. Fellow Drag Race winner Bebe Zahara Benet voiced her support, writing: “Love love love you diva!”