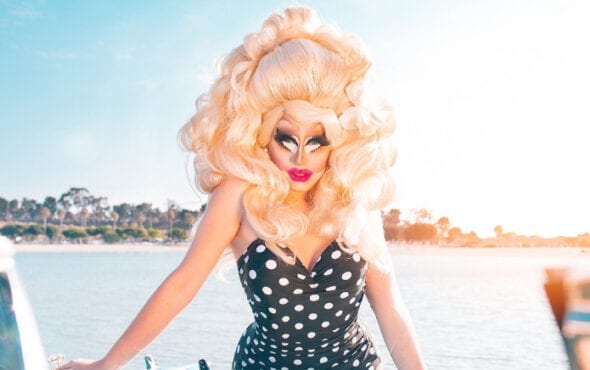 Trixie Mattel is headed to a TV screen near you with her brand new Discovery+ series, Trixie Motel.

The Drag Race fan-favourite announced the news via their Instagram, stating: “BREAKING: Palm Springs is getting a facelift in my new [Discovery+] renovation series, Trixie Motel.”

She continued: “Coming next year, the show will follow me and my famous friends as we create the glossiest Drag motel of your wildest fever-dreams!”

She followed up her announcement on Twitter writing: “This is not a joke.”

According to a Discovery+ press release, Mattel and her friends will “renovate a commercial kitchen, pool area and seven motel rooms.”

President of HGTV, Jane Latman, opened up about the new project in a statement.

“Trixie is an entertaining performer, but most people don’t associate her with renovation,” she said.

“We know Trixie will create a fantasy-filled motel makeover with grit, wigs and fun. It’ll be a series unlike any we’ve seen.”

Over the years, Miss Mattel has steadily been growing her own business empire.

Earlier this year, the entertainer announced that she was co-owner of Wisconsin’s legendary gay bar, This Is It!

Mattel has also been rising within the music sphere, having worked with GAY TIMES cover star Orville Peck and releasing an iconic cover of Lana Del Rey’s Video Games.

The All Stars winner expanded her partnership with Drag Race star Katya with their new podcast The Bald and the Beautiful last October. This coincides with their incredibly popular web series UNHhhh and their book Trixie and Katya’s Guide to Modern Womanhood.

The eight-part series is expected to premiere sometime in 2022.