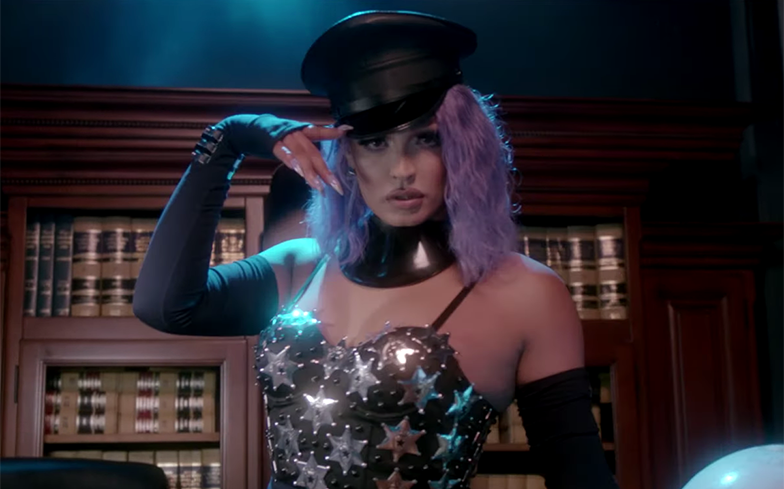 The legendary Drag Race star has just unveiled the video for her new dance-pop anthem, Hurt My Feelings, and it is, without-a-doubt, her best offering to date. Honestly, we could see mainstream chart success with this one.

When we spoke to Tatianna about the inspiration behind the song, she told us she “pulled from personal experiences”, explaining: “It’s about putting walls up and not letting people in to my life due to being hurt in the past.

“It’s basically saying ‘You’re going to hurt me eventually, so just do it now and get it over with.'”

As of now, Hurt My Feelings is a standalone single and shouldn’t be considered the lead single from her second studio album. “I loved being able to put all of my focus and energy into one specific song and visual,” she told us.

“Maybe down the road I’ll do an EP or another album… Who knows!”

In the video, Tati interrogates her love interest in a police station and puts him behind bars, before she embarks on several sickening dance routines – with a guest appearance from drag icon Rhea Leatre.

Watch the visual for Hurt My Feelings below.