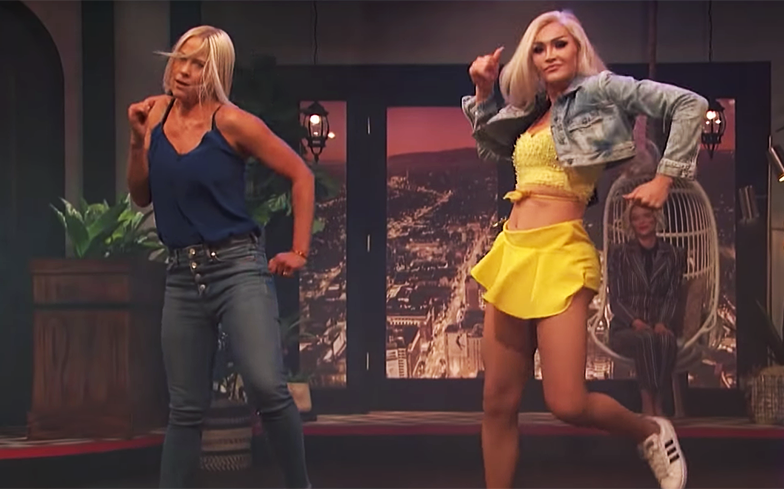 The cast of White Chicks reunited on Busy Phillips’ late night talk show and recreated the film’s infamous dance off.

Busy and her co-stars Brittany Daniel and Jessica Cauffiel reenacted the iconic scene with help of Drag Race legend, Sonique, who filled in for Jaimie King because of a foot injury.

“First of all I put on my Karen bangs, and I think everyone knows that when you get four or more White Chicks in a room there’s only one thing to do – dance battle,” Busy told the crowd ahead of the performance.

Towards the end of the routine, Jaimie joined in for a cameo appearance, which was met with thunderous applause from the audience.

The film’s lead star, Marlon Wayans, wasn’t in attendance, but wrote on Instagram after it aired: “15 years later and these white chicks are still killing it on the dance floor. Miss you guys! Love y’all!’

Watch the incredible dance-off below.

Sonique originally appeared on the second season of RuPaul’s Drag Race, and recently made a comeback on the show’s Christmas spin-off, Holi-Slay Spectacular.

Here’s hoping she makes her All Stars debut in the near future, because the queen has been motherfucking slaying the game since her elimination. Revisit her gag-worthy lip sync against Mayhem Miller below.