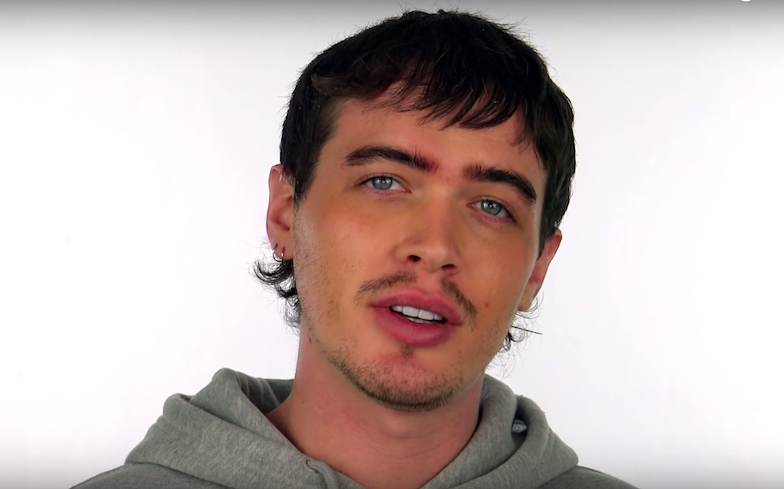 Drag Race finalist Pearl has posted an emotional video in which he opens up about his past and his experiences with “sexual abuse and trauma”.

In the 12-minute clip, titled ‘My Past’, Pearl explained that he has felt “lost for a very long time” due to events that occurred during his childhood.

From a young age, he was acting out and at 14-years-old, he became involved in a “tumultuous relationship” with a mentally unstable man in his 30s.

“He was a bipolar narcissist with lots of family money and free time on his hands, which mostly we spent together doing very hard drugs,” he revealed.

“For the rest of my life, if I ever revisited these memories deep in my subconscious, I always skated around the facts, which are that I was essentially drugged and raped on a regular basis for most of my teen years.

“This is the very first time I have ever actually said that out loud. We had a deeply bizarre relationship where he was deeply in love with me and I hated him and the whole world, and I was disassociating with everything that I knew.”

Pearl further explained that due to the amount of drugs he consumed, weeks would go by where he couldn’t remember what happened, which made him question his “self and worth”.

When Pearl was in his 20s, he moved out of his mother’s house and pursued a career in hair, but then his drug abuse “escalated”.

“I was drinking and using multiple times a week,” he said. “After graduating, I lived with a couple other guys. I’ve always had very non-traditional ideas about how life is meant to be lived, which caused me to seek out mysterious and odd adventures and eventually I found myself escorting.”

Years later, after bed-hopping and escorting around Chicago, Pearl finally received his cosmetology license and moved to Illinois, where he found a “steady” job and apartment, which then led to a career in drag.

He said this was the part of his life where he felt most happy, which led to him applying for the seventh season of RuPaul’s Drag Race. However, when he got onto the show, he couldn’t “take off the self-hating, anti-social glasses” that he saw the world through.

“My neurosis led me to believe that everyone on set was against me, so the natural thing for me to do was dissociate and withdraw,” he continued.

“Today, when I look back at that documented time of my life, I can’t explain or describe to you what watching that kind of version of yourself is like.

“I don’t recognise that person, and I feel very bad for that person. When the show aired, I struggled acclimating. The fanbase was drawn to me because of my horrible self-esteem, it felt like it was for all the wrong reasons.”

Watch Pearl’s full video about his experiences with trauma below.