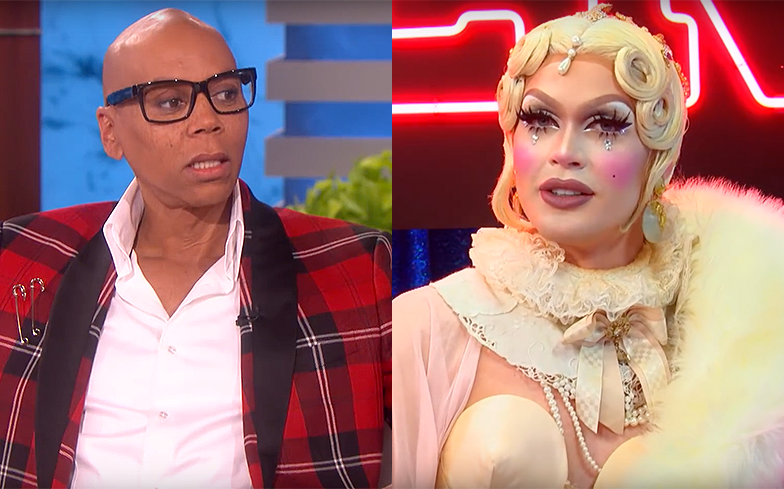 Drag Race star Pearl has finally explained how her feud began with RuPaul.

During the show’s seventh season, the fashion kween infamously clashed with Mama Ru during an awkward encounter in the werk room. It provided us with the now-iconic quote, “Is there something on my face?”

On the latest episode of Hey Qween, Pearl sat down with Jonny McGovern and spilt some brand new T, and it shines some brand new light on their frosty relationship.

“We were filming a segment, just chatting, bantering together whatever, and then the camera went down for a moment,” she said.

“I turned to RuPaul and said, “Oh my god, thank you so much. It’s such a honour to be here, such a pleasure to meet you, you have no idea.” Just giving her everything I ever wanted to say to her.”

Pearl continued: “She turned to me and she said: “Nothing you say matters unless that camera is rolling.”

“That broke my spirit, and that is the reason why I had one foot in and foot out the entire time I was on that show. In that moment, it was so heartbreaking because I idolised her. I worshipped her. I felt like it was just so disrespectful.

“How could you say that to someone who is obsessed with you? I couldn’t imagine turning to somebody ever and saying something like that. That really explains a lot of my attitude on the show. And that’s why I didn’t give a shit when it came down to that moment. I have not discussed that once.”

Watch Pearl spill all the T below: