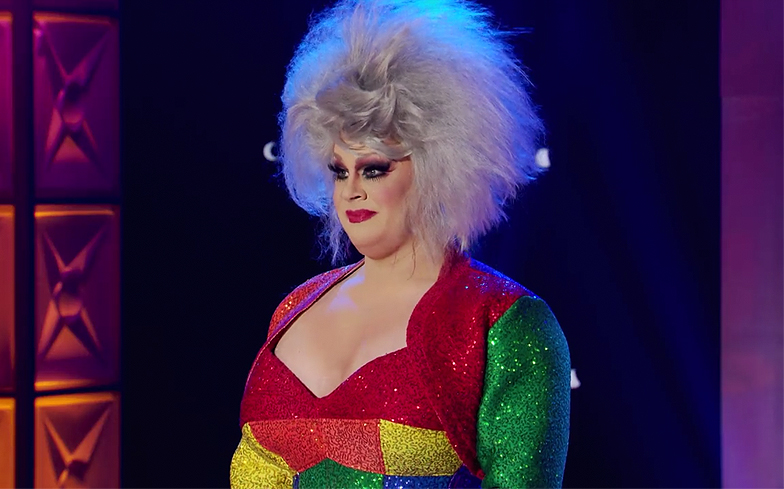 The album is set for release next week.

Drag Race star Nina West has announced that she is to release an album of children’s music. The album, called Drag is Magic, will be released on International Day Against Homophobia, Biphobia and Transphobia (May 17).

On Nina’s website, it says: “Nina West is bringing the art of drag to a new audience — kids! This one-of-kind queen brings you a one-of-a-kind collection of songs about love, acceptance, and the art of drag.”

Songs on the album include Drag Is Magic, The Drag Alphabet, The Reading Song and Go Big, Be Kind, Be You.

The album will be available for purchase on the iTunes store. The album announcement comes following Nina’s elimination from Drag Race, in a result that fans were not happy with. Nina landed in the bottom two against Silky Nutmeg Ganache after the makeover challenge.

The pair lip-synched to TLC’s iconic track No Scrubs. We’ve been hearing all season long that Silky would lip sync any queen she’s up against into oblivion, so obviously fans were ready for an electric showdown between the two.

The final result, however, was summed up perfectly by Ru who simply responded with a “meh” when the song finished.

Taking to Twitter to vent their frustrations, one fan wrote: “I like Silky, but was Ru and I watching the same lipsync?

“Silky wasn’t lipsyncing words correctly, hair got stuck in her face, and outfit coming apart, while Nina knew the words and was dancing on the beat.”

Another said: “I’m gonna say it. If Nina wasn’t gonna be the winner of that lipsync, they BOTH should’ve gone home. That’s the tea.”

Nina was a fan favourite during the season for her insightful commentaries and her improvement as the season went on. The veteran queen also addressed “double standards” within the Drag Race fandom after some thought her kiss with Silky in the fifth episode was “gross.”

“Wait! Wait! Wait! I am a little perplexed as to why my kissing Silky is seen as gross or disgusting?” Nina wrote on Twitter. “What’s the tea, Christine? What’s the tea? #DoubleStandards.” Nina isn’t the only queen from this season to release their own music. Kahanna Montrese released the music video for Scores, which featured Drag alumni like Bob the Drag Queen, Manila Luzon, Sharon Needles, Nina West, Peppermint and Trinity The Tuck.

And Plastique Tiara released her debut single Irresistible. The queen opened up about what this single release means to her as a queer Asian performer, and her personal journey to this point.

“Growing up in Vietnam, being gay was considered shameful,” Plastique explains. “I spent many years hating myself for who I was. I was raised to be silent and to hide anything I was feeling on the inside that might be considered out of the norm. I lived in constant fear of disappointing my family and everyone I love.

Plastique adds: “I never saw someone on television that I could relate or look up to. Queer Asian representation is so important. I want to be that voice I didn’t have. I want to be the one to tell all the little Asian boys and girls out there that being the way they are is more than OK, it’s power…

“And I am proof. This irresistible queen is conquering the world. I’m a first-generation Vietnamese immigrant who has overcome hardships yet there’s no tarnish on my tiara. It is shining brighter than ever.”