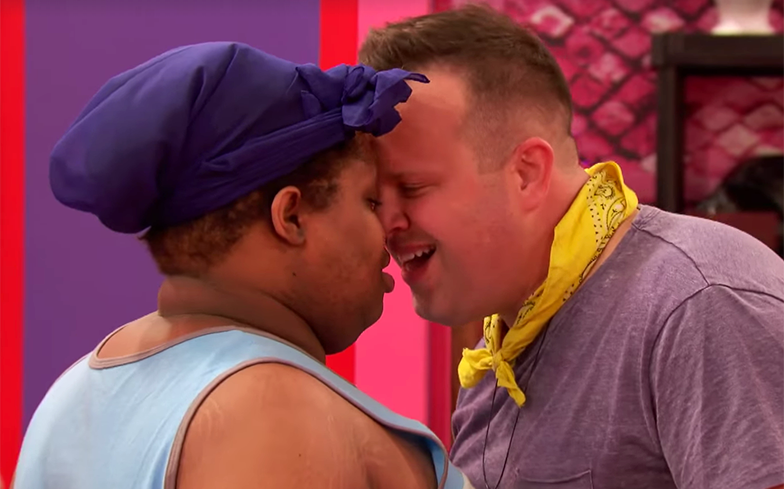 “My man loves me but I’m working on another one,” said Silky in the clip, before turning around and sharing an intimate moment with Nina (see below around four minutes in).

Drag Race fans were quick to praise the stars, but a select few expressed that it was “gross”, which one fan puts it down to “the community feeling a certain kind of way about Miss Silky”.

“Wait! Wait! Wait! I am a little perplexed as to why my kissing Silky is seen as gross or disgusting?” Nina wrote on Twitter. “What’s the tea, Christine? What’s the tea? #DoubleStandards.”

Silky responded: “Two plus size hunks don’t deserve love? That’s how the community has made me feel for so long. But fuck y’all. I’m just as sexy as any other hoe.” Can we get an amen?

For the this week’s maxi-challenge, the queens will showcase three Halloween inspired lewks for a spooky pageant of monster inspired couture. Cara Delevingne and Elvira will guest judge.

Watch the first 12 minutes of the episodes below.


Related: Trixie & Katya on why they’ll never be paragons of responsibility | Amplify by Gay Times.