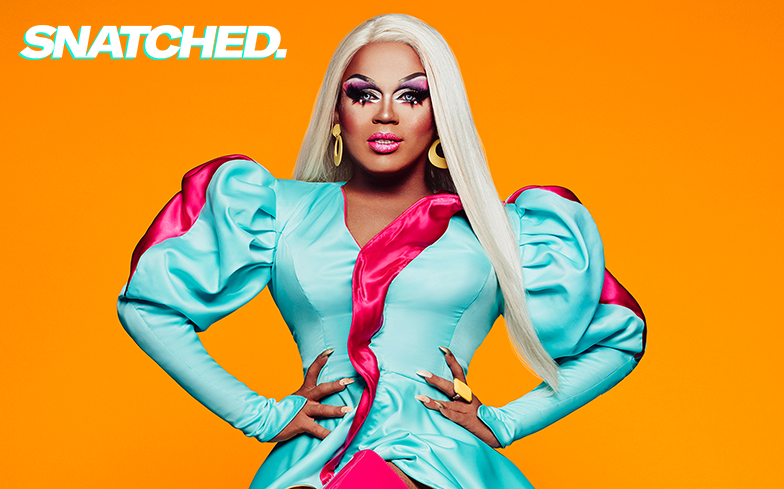 “At the end of the day, you have to live you. Not for your family, not for your friends, and not for anybody else, just yourself.”

Last week, self-proclaimed “African princess” Mercedes Iman Diamond left the current season of RuPaul’s Drag Race in 12th place. Despite not making it far in the competition, the queen made a massive impact on the fanbase after she revealed her heartbreaking past.

In the third episode, the sickening performer said she was racially profiled “for the longest time” and banned from flying in the US because she hails from Mombasa, Kenya. Mercedes – the first Muslim contestant in Drag Race HERstory – later admitted that the constant travelling led to a stroke in the middle of a pageant.

“I ended up in a wheelchair,” she said. “I couldn’t walk. My body couldn’t take it anymore. I lost the whole feeling on my right side. I had to hide from social media. I didn’t want people to see me in public.”

She left fans in tears, and later, in hysterics, due to her now-iconic performance in the show’s third challenge where she struggled with her pronunciation of ‘opulence’. It resulted in hundreds of hilarious memes, which you can view here, and it even received the dance remix treatment from Adam Joseph.

We caught up with the legendary queen and got the scoop on her elimination, advocating for the Muslim drag community, and of course, “OPPALANCE! You! Earn! Everything!”

Hi Mercedes! How are you feeling after your elimination?
It is sad that didn’t go far in the race, but I’m grateful for the opportunity. Is there anything you regret not showing on the series?
I have no regrets, except I wish I wasn’t so shy!

You went viral on the internet because of the iconic quote, “OPPALANCE! You earn everything!” – how does that feel?
I first was scared for that episode because I didn’t know how people would take me not pronouncing the word right, but seeing everyone making memes is amazing and I’m happy with it.

You even received a dance remix by Adam Joseph! Can we expect an original song to follow?
I have something in the works, but you’ll have to wait and stay tuned to find out…

You made HERstory as the first Muslim queen on the series, and spoke about a lot of important topics surrounding Islam and race. Was it hard opening up on such a massive platform?
Yes it was very important for me to talk about it and share my story. Of course I was scared at first but I had to open up about it because I had the opportunity to speak for a lot of people that are scared to speak for themselves.

Have any other Muslim drag queens reached out to you?
Just a couple have reached out to me to tell me that I’m so brave and they’re happy for me and that hopefully, one day they’ll be able to do the same and be comfortable enough openly do drag. And I said, ‘What’s stopping you?’ And they told me ‘family’. To that I say, at the end of the day, you have to live you. Not for your family, not for your friends, and not for anybody else, just yourself. What has the reaction been like from fans overall?
Literally, I have received so much love from around the world. I receive more love and positivity than negativity. Any negative that comes to me, I just take it and turn it into a positive, because, at the end of the day, no matter what you do in life, people will always find something negative to say. So I just pray for them and continue to thank God for my blessings. I wake up everyday to so much love from people of all ages. Young boys and girls who are 15, 14, 13 years old saying “thank you.” It’s been amazing. I’m so grateful for the opportunity. Being on Drag Race changed my life and a lot of other people’s lives.

What’s next for Mercedes Iman Diamond?
To travel around the world and share my love with everyone. I’m literally booked throughout the year and I can’t wait to meet all these new people. I’m so excited for everything that’s coming up for Mercedes. Some of the stops I’ll be making this year are Australia, Hawaii and the UK, where I have relatives.

All Stars 5 – are you down?
I would love to! If I get the call for All Stars, I would definitely go back in a heartbeat.

All five episodes of Drag Race – and Untucked! – are available now on Netflix UK.