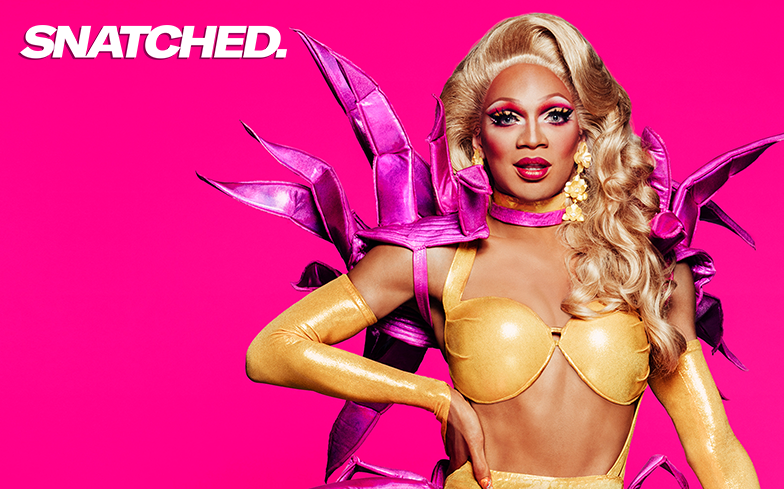 “I’ve learned so much from the show. It has helped really mould me into the superstar I always wanted to be.”

When Kahanna Montrese sashayed into the Drag Race werkroom, fans knew they were going to be in for a show. After all, she boasts Coco Montrese, one of the most iconic contestants in the HERstory of the series as her drag mother.

However, in the first episode of season 11, Kahanna found herself in the bottom two against Soju, and turned it the fuck out with flips, kicks and splits to Miley Cyrus/Hannah Montana’s pop anthem, Best of Both Worlds. She lived up the Montrese name honey! Unfortunately, she only survived one more week and was eliminated in the second episode by Mercedes Iman Diamond. But was that gonna stop her from taking the drag world by storm? Nuh uh.

After her elimination, she released the video to her gag-worthy dance-rap debut single, Scores, which features appearances from legendary queens such as Trinity The Tuck, Bob the Drag Queen and Peppermint. To celebrate its release, we caught up with Kahanna and discussed her elimination and what we can expect from the sickening performer in the future.

How does it feel to be a Ru girl now?
It feels super validating! Now that I am able to do what I love on a larger platform it is awesome. I love it! How are you feeling after your elimination?
I feel great! Honestly I’ve learned so much from the show. It has helped really mould me into the superstar I always wanted to be. Now I’m ready to take on the world.

Was there anything else you wish you got to show?
Absolutely. I wish I would have gotten the chance to show some of the awesome looks I brought for the runway because I know they would have slayed.

Your drag mother is Coco, so did you feel a big responsibility to live up to the Montrese legacy?
I used to before I went on the show. But now it is more important for me to stay true to who I am and still obviously represent my last name as far as professionalism and expectations to deliver what I have to deliver. But now really it’s just all about staying true to me.

Has Coco been supportive throughout your Drag Race journey?
Absolutely. Through and through, in and out of drag. She gives me great advice and is a huge support system for me.

Overall, how has the reaction from fans been?
Oh my gosh – a lot of love and they are very protective. I feel like I found a family with the show from the fans. You just released a sickening music video for Scores with several Drag Race alumni – how was that?
The whole time I couldn’t stop smiling because I look up to all of those girls that are in my video. Getting advice on and off set of the video shoot was so amazing and that moment made me feel like I am a part of a family.

Have you always wanted to get into music?
Yes! That was always a passion of mine and now I have a platform and the resources to do it so I am all in it. There is definitely more great music to come!

What else can we expect from Kahanna Montrese?
Kahanna has definitely found her market and knows who she is and you will see it within her drag. It is very polished now and I know who I am. When I hit the stage, just know you are going to get a great show.

Watch the sickening music video for Scores below.

Related: The Vixen explains why she left the Drag Race season 10 reunion