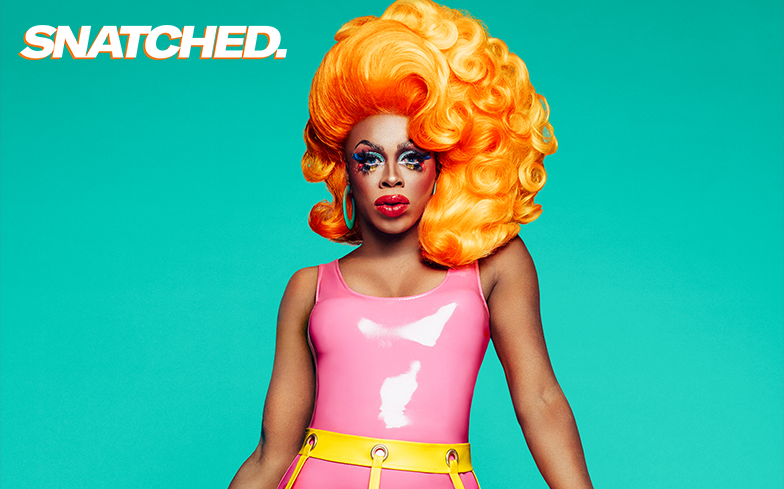 “A lot of what I do is more than my looks, it is about my fandom and community.”

In the third episode of Drag Race’s 11th season, Mama Ru gagged the entire fanbase when she announced that not two, not three, but six queens would have to impress her for one last time, and lip sync for their lives.

She tells us: “I was thinking, ‘This can not be the moment that I go home. This cannot be the way it ends for me.’ I just had so much more to offer in that competition and I did not want this to be my final bow.”

We caught up with the sickening queen to discuss her gag-worthy elimination, what she wishes she could’ve shown on the series, and whether she’s brushed up on her knowledge on Mariah Carey…

Hi Honey! How are you feeling after your elimination?
I am actually feeling really excited for all of the opportunities that I was given from this experience! Let’s talk about that lip sync… How gagged were you when RuPaul said you would all be up for elimination?
I mean, super gagged. A: I didn’t want to lip sync in that dress. B: I didn’t want to be in the bottom. C: I just wanted to be on the show as long as possible!

What was going through your head as you were lip syncing?
I was thinking, ‘This can not be the moment that I go home. This cannot be the way it ends for me.’ I just had so much more to offer in that competition and I did not want this to be my final bow.

Are you disappointed that you left the season wearing one of the most incredible lewks ever?
Thank you for calling it incredible! That feels good. Yes, I mean truly drag is about more than the look. There are so many other elements that go into being a drag queen. While it’s dope that i had “one of the most best looks ever” as you put it, if I had delivered more in the other areas maybe I would have gotten the chance to deliver more.

There was a lot of controversy over your group not knowing much about Mariah Carey – have you been brushing up on your knowledge since then?
Girl… I got my whole Mariah Carey life together. I think I would be ready to go on Jeopardy with my Mariah Carey knowledge at this point!

Was there anything you wish you could’ve shown on the series?
Yeah, a lot of what I do is more than my looks, it is about my fandom and community. I don’t think I did a lot of talking or showcasing the political platform that I stand on and the way I try to use my art to affect the world. I didn’t get to do a lot of that because I was so damn nervous! How has the reaction been from fans?
It’s been great! I have seen a lot of love and support. While it stinks to have been eliminated on episode three, I have been connected to the world and my fanbase. I am getting a lot of positivity and love back!

Would you do anything differently?
I would breathe and just go in and be myself. I think I have what it takes look wise and with my personality and acting, I was just so nervous. I would have just taken a moment to collect myself and breathe!

What’s next for Honey Davenport?
So many things. But mostly my music! I am releasing videos every week with original music showcasing looks that I did not get to show that I would have worn. I am diving head first into the music industry.

All four episodes of Drag Race – and Untucked! – are available now on Netflix UK.