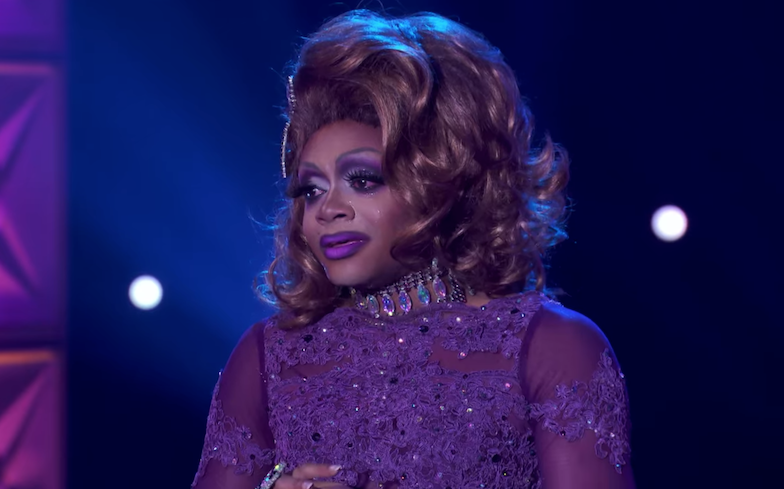 “I feel like I accomplished what I set out to do and feel proud of what I’ve done.”

Last week, fans bid farewell to one of the most beloved queens in Drag Race HERstory.

Heidi N Closet, also known as Heidi Ho, Heidi Hydrates and Heidi Afrodite, was told to sashay away after her historic fourth time in the bottom two, a number only matched by queens such as Coco Montrese and Ra’jah O’Hara.

Although she didn’t land a spot in the coveted top five, Heidi is satisified with her performance in the competition. “I feel liberated. I feel like I accomplished what I set out to do and feel proud of what I’ve done,” she tells Gay Times.

“I have been received very, very well, which is something I was very nervous about in the beginning. I am happy to be celebrated for going out on a limb and showing the world who I am as a person.”

Thanks to her jaw-dropping lip syncs, infectious personality and Jinkx Monsoon-esque underdog storyline, Heidi has been hailed as the “heart of RuPaul’s Drag Race season 12” by fans on social media, which she’s grateful for.

“The interactions with the fans has been an amazing experience for me. They have all been so nice, sweet and loving especially during these crazy times. It has been incredible receiving all that love and giving it back,” she adds.

Heidi’s experience in the competition taught her to “never get comfortable” and “always be willing to push yourself past boundaries you think you have” because “you never really know how far your boundaries truly go.”

The star says she will apply this to when she’s (eventually) asked to sashay back into the werkroom for All Stars.

“I would just make sure I was in the right frame of mind, but I would love to return! I would have better runway looks and spend money on my garments for sure. I would also definitely have more confidence in myself going into it.”

All 11 episodes of RuPaul’s Drag Race season 12 are available to stream now on Netflix UK.