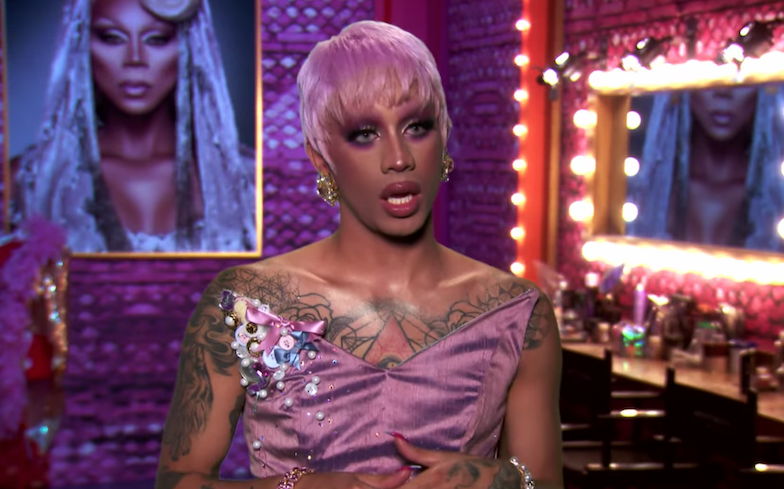 Dahlia Sin has revealed why she “stormed off” the Drag Race stage.

Last week, the two groups of season 12 queens came together for the first time and flexed their comedy improv skills as they auditioned for a new television show called World’s Worst, a talent competition for people with little talent.

Despite her broccoli couture, the self-described “tattooed beauty doll” floundered in the challenge and found herself in the bottom two alongside Nicky Doll, where they lip synced for their lives to Ariana Grande and Iggy Azalea’s pop anthem, Problem.

Nicky was ultimately declared safe, while Dahlia was told to sashay away – making her the first eliminated queen of season 12.

Her elimination shocked her fellow contestants, and the judges. As she exited the main stage, Dahlia refused to say her farewells and chose to say nothing, not even a Vaaaaaaanjie-esque catchphrase, as she left. (We’ll admit, it was great telly.)

Dahlia addressed the controversy following her elimination, joking on social media as she wore her hilarious broccoli outfit from the challenge: “Honestly I stormed off the stage cause the broccoli gave me the runs.”

When we spoke to Dahlia after the episode, she said she was feeling “mixed emotions but none that are happy.”

However, Dahlia said that she is “super excited for what comes next” and “can’t wait to start travelling and seeing the world. I am also so excited to meet fans and give back and support my community and family.”

Of course, we had to ask if she’d return for a future instalment of All Stars, to which she responded: “I wouldn’t say no!”