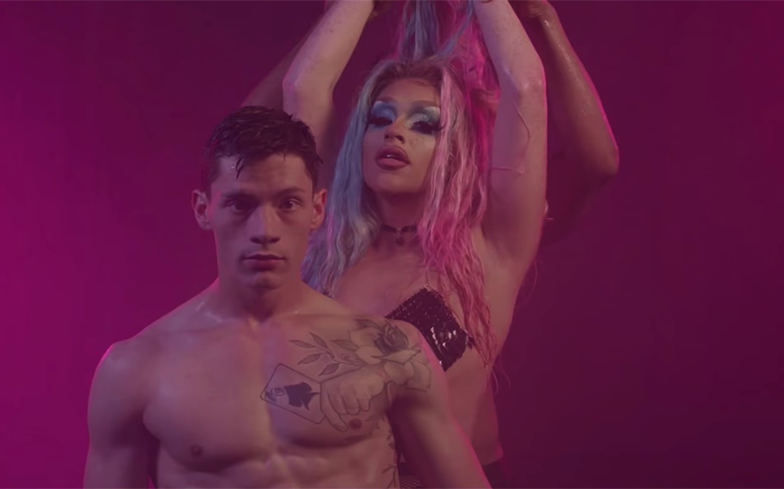 Ariel Versace is taking control in her debut music video.

Ariel later hosts a queer party with strobe lights, where she seduces her love interest – played by Max Emerson.

“I wanna you tie you down and make you my slave,” she seductively sings on the track. “I’ll rock your world, be your obsession endlessly. I’ll paint your neck with hot, red kisses, yeah, all night.”

Watch the video for Venomous – which is available now on streaming services – below.

When we spoke to Ariel earlier this year after her Drag Race elimination, she admitted to being overwhelmed with the positive reaction from fans.

“A lot of the comments are like “Ariel for All Stars 5” and obviously I would love the opportunity to do it again,” she revealed.

“I thought I was ready for season 11, and I do think that I am a polished queen, but it is so crazy how you can improve in such a short period of time, and at this moment I feel like I can slay even harder.”