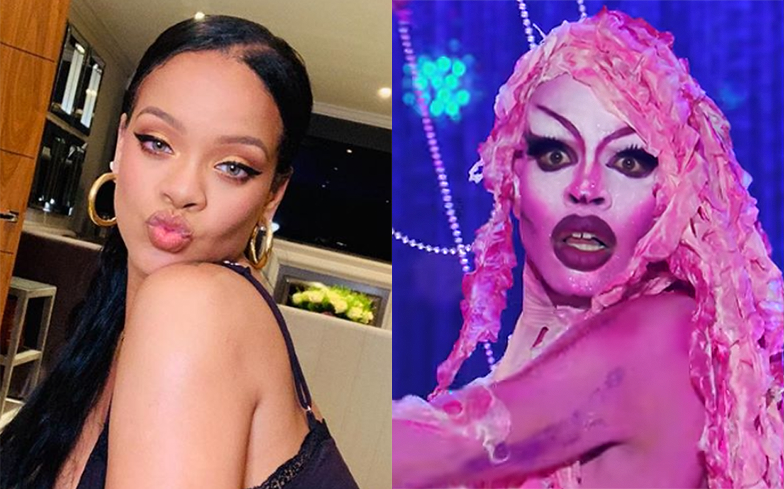 Rihanna is a bit of a Drag Race stan isn’t she?

Earlier this year, the star’s love for the series first became known when Nina West revealed the Barbadian superstar sent the queen a message after her elimination. “Ending my night with a message from @rihanna – i am dead,” she wrote on Twitter.

Nina didn’t spill the T on what Rihanna said to her, but we can only imagine it was filled with support and encouragement.

Then this week, she paid tribute to Vanessa Vanjie Mateo by reciting her now-iconic sashay line during an Instagram live.

Now, she’s shown her love for season 11 winner Yvie Oddly by praising her runway look from the third episode, in which the queens had to sashay and shantay down the main stage in a fringe-inspired outfit.

“Yasssss for the “jellyfish but make it fashion” moment coming back!” she commented on Yvie’s most recent Instagram photo.

Seeing as how she’s a total stan, we demand that she follows in the footsteps of other pop icons such as Lady Gaga, Christina Aguilera and Miley Cyrus and guest stars in a premiere episode of the show. Season 12? All Stars 5?