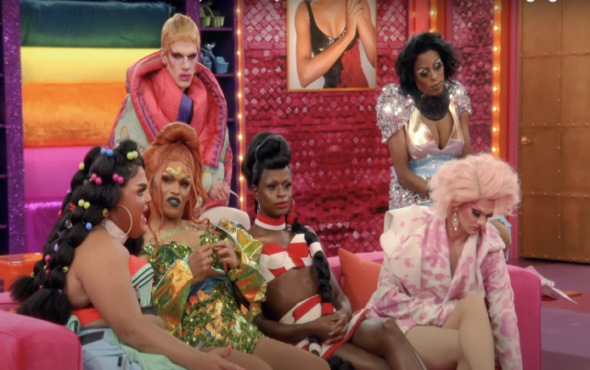 Before we get into the gags and lewks for episode six, Mother Ru and company have released a sneak peek at what’s to come.

After last week’s explosive Untucked episode, the dust has settled and the queens are back in the werkroom unpacking the shocking confrontation.

The clip starts with Olivia Lux asking how everyone is feeling after the fight between Kandy and Tamisha.

“Yes I felt defensive, and yes I was going the f**k off. I was mad, I was upset. I thought we was cool and out of nowhere you don’t like me, which is news to me”, Kandy says.

Utica Queen then chimes saying, “I think it was blown out of proportion”.

In Utica’s confessional, she elaborates on the Tamisha and Kandy situation, stating: “Tamisha is honest, she is who she is and if she has a problem with some she’s going to tell them.

She continued: “Whereas Kandy, she can dish it, but she has a difficult time talking it and she gets very defensive”.

The tension between the girls can be cut with a knife as the conversation between Kandy and Tamisha become heated.

Tamisha reiterates her comments stating: “I said ‘ya’ll are doing amazing even though it’s some girls I don’t care for’, that’s what I said”.

After going back and forth the two queens call it night with no clear resolution in place.

Later on, in the sneak preview, we are treated to the girls participating in a team mini-challenge creating designer dresses.

Each team delivers creative pieces and hilarious dialogue but Tamisha Iman and Elliott With 2 Ts came out on top and took the prize.

For the maxi challenge, the girls are tasked with creating their own dancing documentary in the designated pairs each with a specific category.

With so much tension in the air from last weeks fight still in the air we can only imagine what drama awaits the queens this episode.

Watch the full sneak peek below

Make sure to watch episode six tonight on VH1 for US viewers and tomorrow 6 February for UK/IE.