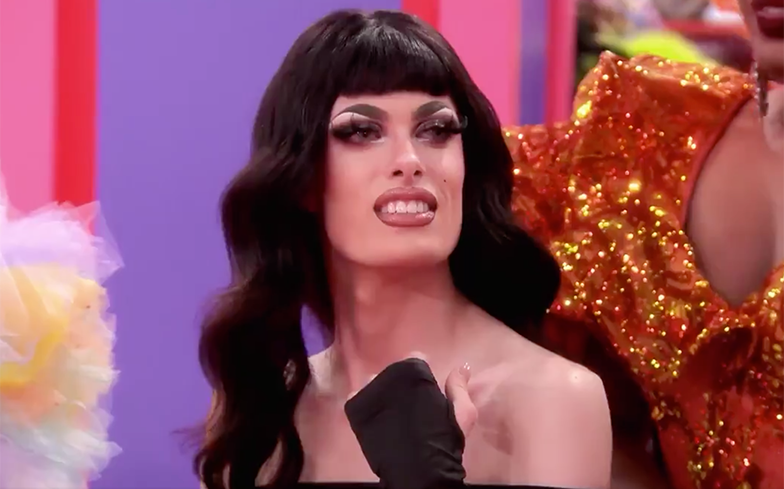 “We’re going to have to put them down.”

VH1 have unveiled the first teaser for the next episode of RuPaul’s Drag Race season 12 and honey, it’s getting severe.

Before Jan and Brita, who are part of the same drag family in New York City, reunite and kiki, all 12 queens gather round the werkroom table and discuss the events of their episodes – with lots of shade thrown in, because duh.

Due to Jan hailing her fellow group two queens as “Team Talent,” Nicky confidently tells her I’m That Bitch co-star Widow that they will “have to put them down” while Heidi tells Brita that she will “send them home”. AND I OOP ETC.

Watch the first gag-worthy teaser for the next episode below.

This week, the queens will flex their improv skills as they audition for ‘World’s Worst’ – a talent show for people with little talent. X-Men: Apocalypse star Olivia Munn will make her debut on the judging panel.

Unlike the past two episodes, this week will feature an elimination.