Drag Race season 11 has its final four queens – who are you rooting for? 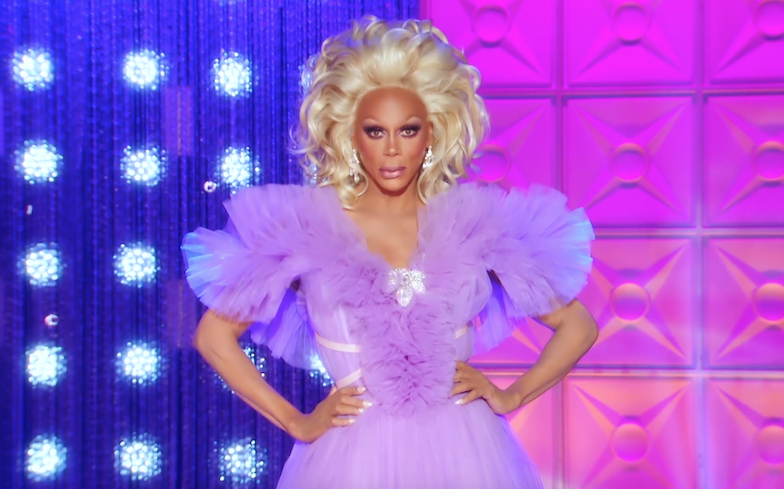 This week’s instalment of RuPaul’s Drag Race narrowed down the show’s remaining competitors to a top four.

In Silky’s confessional, she aired her resentment towards fellow contestant Brooke for pairing her up in the previous makeover challenge with Soju, thinking she was set up to fail. “I’m kind of shook that I was in the bottom two, it was all a set up,” said Silky. “Brooke Lynn gave herself the easiest task of the week, and she put me with Soju! She was trying to get me to go home, but not today Satan.”

Shortly after the queens recovered from all the drama, Michelle Visage popped into the werkroom to inform them of their last challenge: to write and record a verse in a performance of RuPaul’s brand new anthem, Queens Everywhere. Brooke, a Canadian ballerina slash pageant queen, was excited to showcase a new side of herself, as was Vanjie, who’s been known in the past for her rapping skills (you can stream her dance-pop debut single, Miss Vanjie, here), while Silky struggled.

After recording their verses with Todrick Hall, and the staple tic-tac lunch with Mama Ru and Michelle, the contestants learned their routines for the upcoming performance. Brooke and Vanjie slayed the house down, while A’Keria and Yvie struggled to take in the steps.

However, as is the case with every rehearsal, none of the contestants’ initial hesitations were evident in the final product. A’Keria kicked off the performance with a bang, followed by Brooke (who delivered a jaw-dropping move with the splits), Silky, Vanjie – although lacking the confidence she had in rehearsal – and Yvie, who played to her strengths with her quirky persona and flexibility. The top five later sashayed down the runway in their best drag, ready to await their final critiques of the season. A’Keria and Yvie received unanimous praise amongst the judges, while Brooke and Vanjie received negative comments about their performance. Funny how that happens, considering they were the two most confident queens going in…

Yvie was deemed the best queen of the week (but for some reason, didn’t receive a win?) with Silky and A’Keria being congratulated, having won a place in the final four. Branjie then lip synced to Aretha Franklin’s A Deeper Love. Before the performance began, we thought we’d have another Raven and Jujubee fiasco, but no. Both queens turnedt it the fuck out, and gave one of the best showdowns this season.

However, Brooke slightly outperformed Vanjie and advanced to the final, which came as not much of a surprise considering she’s won the most main challenges this season, and Vanjie’s won zero (although she was cruelly robbed last week). Vanjie didn’t take it too hard though, and provided us with another iconic exit. Long live Miss Vaaaaaanjie! Next week will see all 15 queens ru-turn for the season 11 reunion, and we can’t wait to see what happens… Silky and Yvie have made amends, but will that last long? Will Ariel and Ra’Jah have it out over Wig Gate? If the past two reunions are anything to go by, then we’re in for a hell of a ride.

And the week after… Oh honey. This is what it’s all come down to. The final four will lip sync for the crown in two teams, and their fates will be decided with the spin of a wheel. Who do you think should take home the crown? A’Keria? Brooke? Silky? Or Yvie?